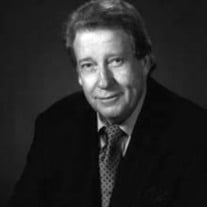 Robert B. Ruddell, noted professor at University of California-Berkeley, was born in Ronceverte, West Virginia in 1937. His early years were spent on a farm and he was active in 4H, raising purebred sheep. Robert also learned to play violin at age 10; over time he performed in many local churches. His father, Byron Ruddell helped shape his childhood farming experiences which included wheat thrashing, corn cutting, sheep shearing and the care of cattle, horses and hogs. Both, farm life and violin practice taught him the importance of hard work. Robert's mother Nell, was an educator, who taught him, and other local children, in a one room schoolhouse. Robert was thankful to both his mother and father for showing him how to learn from failure, noting that perseverance was a virtue. Robert finished high school at age 14, and became the youngest student ever to enroll at Morris Harvey College (now, Charleston University) at the age of 15. He obtained his undergraduate and master's degree at West Virginia University, after which he, himself, taught in a one room schoolhouse in rural West Virginia. Later, Robert received his PHD at Indiana University focusing on literacy education. He began working for UC Berkeley at the age of 26, and remained working there for 35 years. While at UC Berkeley, he reached the rank of full professor. During his role as professor, he worked closely with his 86 EdD. and PhD. doctoral students, advising them and directing their research and dissertations to completion. One of his many research projects was the 27 U.S. Office of Education "Nationwide 1st-Grade Studies." Based on his teaching and research experiences, Robert published numerous articles, chapters, and wrote 12 textbooks about literacy including the successful 'Pathfinder' series, guiding a generation of educators and emerging readers. Most notable was his being the author of the widely used literacy text How to Teach Reading to Elementary and Middle School Students: Practical Ideas from Highly Effective Teachers. He worked closely with teachers in both urban and inner-city schools and conducted lectures and workshops in all 50 U.S. states, as well as England, Sweden, Germany, Australia, Canada and the Ivory Coast. He also received many awards including the William S. Gray Citation of Merit and the Oscar S. Causey Research Award and Robert was inducted into the Reading Hall of Fame in 1989. In addition to his extensive educational background, Robert was a man who enjoyed life, loved his family and took joy from those around him. He never met a stranger and happily struck up lively conversations with just about anyone. He loved playing golf, traveling, reading and theater. Some of his favorite moments were the simple ones, such as sitting on his deck watching the sunset, talking about the importance of his family and telling stories about life on the farm. Robert B. Ruddell, age 83, passed away peacefully in his home on Sunday, March 14th. Robert leaves behind his wife, Sandy, daughter, Amy Gault (Paul), son, Rob Ruddell (Diane) and his grandchildren Grace, Rebecca, and Madeline. The funeral will be a private family gathering and a memorial service will be held later in the summer due to COVID, with a date to be announced.

Robert B. Ruddell, noted professor at University of California-Berkeley, was born in Ronceverte, West Virginia in 1937. His early years were spent on a farm and he was active in 4H, raising purebred sheep. Robert also learned to play violin... View Obituary & Service Information

The family of Robert B. Ruddell created this Life Tributes page to make it easy to share your memories.

Robert B. Ruddell, noted professor at University of California-Berkeley,...

Send flowers to the Ruddell family.