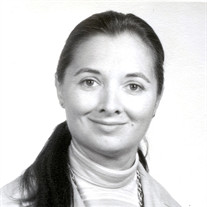 Phyllis Packer surprised her parents when she arrived earlier than planned on June 28, 1927. Her parents, Leon and Lois Packer, had been traveling from Albion in western New York to Albany, but had to make an unplanned stop at the hospital in... View Obituary & Service Information

The family of Phyllis Jagusiak created this Life Tributes page to make it easy to share your memories.

Phyllis Packer surprised her parents when she arrived earlier...

Send flowers to the Jagusiak family.