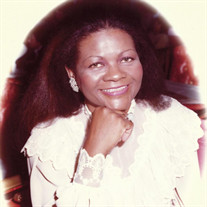 Lillie Young Vason, 86, of Berkeley, California passed away on Thursday morning, November 18, 2021. Lillie was born on June 25, 1935 to Irene and Jules Alexander in the city of Alexandria, Louisiana. When she was a small child, Lillie’s parents and brother, Abertson, passed away in a car accident, and her grandparents Roselia and Israel Frank raised her and her surviving siblings to adulthood in Marksville, Louisiana. After Lillie graduated from Marksville Colored High School in 1953, she considered enrolling in Tuskegee University, Southern University, or heading west where other family members had begun to settle. She chose the adventure of heading west. She began by moving to Alexandria to live with her Aunt Caurrie; and then migrated to Berkeley, California where she moved in with her Aunt Ida and Uncle Frank Smith. Once arriving in Berkeley, she first studied Business at Merritt Community College and later worked at the Social Security Office in San Francisco. Outside of work, she was a member of Progressive Baptist Church where she participated in the choir and served as the secretary to Pastor Stovall. She met Eddie Young Jr. through his sister, Vera, who was the pianist at Progressive. Lillie and Eddie married in 1955 and went on to have 2 children, Ralph Young and Karese Young. After their marriage ended, they both continued to call Berkeley home and nurtured a friendship through parenting and grandparenting. In 1966, Lillie married Lucious A. Vason. They had solo and interconnected modeling and entertainment careers of which they actively promoted each other. Their union ended in the early 1970s. Lillie was creative and entrepreneurial and sought education which nurtured her interests. She completed modeling training with Coronet of San Francisco and took drama classes under the direction of Jack Kosslyn. Additionally, she studied through correspondence with the National School of Dress Designing of Chicago, and trained at the San Francisco School of Fashion Design. Lillie had a career spanning more than 20 years in which she worked as a model, background actress, journalist, custom dressmaker and fashion designer. Through those years she modeled with The House of Charm, Brebner Models, Macy’s Advertisement, Lu Vason Modeling Troupe, Grimme and Barbara Davis Modeling Agency. She appeared in television such as “Love On A Roof Top” and “I Spy,” and movies such as “The Graduate”, and “Guess Who’s Coming To Dinner”. She wrote for The Post Newspaper of Berkeley and Combination. And, she sewed and created one-of-a-kind designs. Lillie applied herself the longest into dressmaking and design; and for her work she was widely known. She retained a broad array of clients including professional musicians and athletes. Lillie had a dressmaker salon on Telegraph Avenue in Oakland, CA. In the later years, she moved the salon to her home. Her talent and expertise gained her accolades and awards, and she was called on to lend her eye to competitions. In 1982, Lillie began transitioning careers. In 1988, Lillie pivoted to work for the University of California, Office of the President from where she retired. While retired, Lillie continued to embrace her love of family gatherings, the arts, food, and culture. With close family and dear friends, she saw numerous plays and music performances; enjoyed dining out (she loved a great brunch); and stayed abreast of sports and current events. Lillie also enjoyed Bingo at the Senior Center, Black Jack and a great game of chance – enjoying many a win and good time on casino day trips. Lillie was predeceased by Irene Alexander (mother) Jules Alexander (father), Roselia Frank (grandmother), Israel Frank (grandfather), Leroy Alexander (brother) and Matthew Jacob (brother-in-law). Lillie loved her family and friends immensely, and they loved her and miss her deeply. She leaves to cherish her memories her 2 sisters, Jessie M. Jacob, and Eardis Johnson Jacob; 2 children, Ralph Young (Phyllis Rená Young), and Karese Young (Herbert Ruffin); 4 grandchildren, Koy Hardy (Sekou Doumbouya), Ryan Jamaal Young, Nicolas Rashaad Young, and India Rená Young; 6 great-grandchildren Keymoni Young, Jamir Young, Ryia Young, Jalyn Young, Jaydah Young, and Majesty Paige; and a whole host of cousins, nieces, nephews, and friends.

Lillie Young Vason, 86, of Berkeley, California passed away on Thursday morning, November 18, 2021. Lillie was born on June 25, 1935 to Irene and Jules Alexander in the city of Alexandria, Louisiana. When she was a small child, Lillie&#8217;s... View Obituary & Service Information

The family of Lillie Young Vason created this Life Tributes page to make it easy to share your memories.

Lillie Young Vason, 86, of Berkeley, California passed away on...

Send flowers to the Vason family.