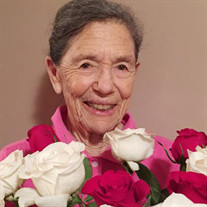 Lila Joan Spitzer Cerf Lila Joan Spitzer Cerf passed away quickly without suffering on September 10, 2020 at her home in Piedmont, California. She was just shy of 93 years of age. She was born on October 4, 1927 in Honolulu, Hawaii to Violet Ann Prager and Clifford Spitzer. She grew up in Honolulu with her sister Gladys where she attended Punahou School. In 1941, she and her family watched as the Japanese Zeros flew overhead on their way to bomb Pearl Harbor. The family left Honolulu in early 1942 just before the Battle of Midway. They moved to New York City and a year later to Atherton, California. She felt that the high school that her mother sent her to in New York City was not up to her academic standards so she identified, applied, tested into and transferred to a school with higher academic standards. Lila graduated from Sequoia High School in Redwood City, California in 1945. She entered Stanford University as a freshman math major in 1945 and graduated in 1949 with a B.A. in Journalism. She interned as a travel reporter in Mexico City and after graduating she went on to work at Sunset Magazine in Menlo Park, Ca. She met Alan Robert Cerf on a blind date and they married in 1952 in Carmel, California. Together they raised four sons and a daughter. Her family was her life’s work. Her husband Alan was the love of her life and she was completely dedicated to him for 66 years of marriage. She loved her five children, eleven grandchildren and five great grandchildren dearly. She is remembered by her children as a concerned and loving mother. Lila had unbounded energy. She prioritized health, fitness, and longevity. She was passionate about playing and improving her tennis and golf games. Later in life she focused on learning and excelling at bridge. She practiced and studied bridge almost daily. She and Alan were longtime members of Sequoyah Country Club where she was known for walking nine holes into her nineties. She was looking forward to gathering the family this year at Sequoyah Country Club after Thanksgving, if it was safe to do so. She was intelligent, strong willed, active, and competitive. She insisted on staying in her home after her husband died, cooking all her own meals until the last day of her life. She is predeceased by her husband, Professor Alan Robert Cerf. She is survived by her sister Gladys Almo, sons Robert, Douglas, Jeffery, Richard and daughter, Nancy. Her grandchildren Elizabeth (Brett) Cerf Weliever, Robert (Rick) Cerf, Warren (Bart) Cerf, Jonathan (Jake) Cerf, Cody Cerf, Ryan Cerf, Emily Cerf, Natalie Cerf, Colbie Atlas, Brynn Atlas and Justin Atlas, and her great-grandchildren Grady, Elizabeth (Blakely), and Reagan Weliever, and Elizabeth (Ellie) and Luca Cerf. Nieces Catherine Almo, and Mary Almo, grand-nieces and grand-nephews, Anthony Moro, Bella Nicol, King Nicol, Sailah Nicol. In lieu of flowers, please make donations in Lila’s memory to Benioff Children's Hospital, 1975 4th St. San Francisco, CA 94158. To ensure the health and safety of our community, we are following all guidelines set by local, state and CDC officials. If you are planning on attending a service, please contact the funeral home in advance, so that we can plan accordingly.

The family of Lila Cerf created this Life Tributes page to make it easy to share your memories.

Send flowers to the Cerf family.