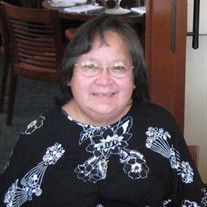 Judith "Judy " Porter of Oakland, California, passed away on August 18, 2021. Judy was the daughter of Sam and Annette Chu, and grew up and lived in Oakland for most of her life. She attended Lincoln Elementary and graduated from Oakland Technical High School. Judy earned a degree in Recreation from San Jose State University and then began a lifelong career with Oakland Parks and Recreation, where she touched the lives of many people. Judy was a passionate leader who believed in the power of play. She started as a part-time recreation aide, became a full-time leader, then center director, and finished her career as a recreation supervisor advocating for community empowerment, cultural arts, and youth development. Judy loved travelling. She travelled both domestically and internationally. As a recreation leader she accompanied senior citizen groups to Mexico and Yosemite, took a bunch of Oakland kids to Japan to give Double Dutch exhibitions, and traveled to Germany with a folk dance group. On her own she traveled throughout Europe and Asia, explored historic sites in the United States, regularly visited the waterfalls of Hawaii, and managed to eat well in Quebec without knowing a bit of French. She was a fused glass artisan, an enthusiastic cook and baker, a New Games referee and player, a mahjong player, a huge fan of Hawaiian music, and an incalcitrant agent of chaos - going off the map and agenda to explore or learn something new. Judy's community includes friends from her childhood in Oakland's Chinatown, co-workers and friends from her OPRD connections, fellow artisans from Studio One and Fireside Glass, her Tai Chi group of almost 30 years, and the Oakland Women's Rowing Club, where she was a coxswain for almost 20 years. Judy is survived by her daughter Katherine and son-in-law Ben, son Robert and his partner Lien, beloved grandchild Sam, and a large extended circle of family and friends throughout California and Georgia. She will be missed. Due to COVID-19 restrictions, Judy will be cremated in a private ceremony on September 3, 2021. The family plans to have a Celebration of Life in the spring when it is safe for all of us to gather again. The family asks that in lieu of flowers, donations be made to your local pet adoption center, the Charlotte Maxwell Clinic for Integrative Cancer Care, or the Hawai'i Land Trust.

Judith "Judy " Porter of Oakland, California, passed away on August 18, 2021. Judy was the daughter of Sam and Annette Chu, and grew up and lived in Oakland for most of her life. She attended Lincoln Elementary and graduated from Oakland... View Obituary & Service Information

The family of Judith "Judy" Porter created this Life Tributes page to make it easy to share your memories.

Judith &quot;Judy &quot; Porter of Oakland, California, passed away on...

Send flowers to the Porter family.