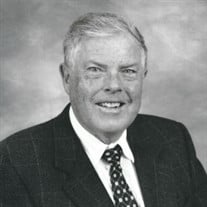 Jon Frederick Page Sigurdson, 86, of Piedmont, California passed away at home with his family on June 16, 2020. Jon was born in Winnipeg, Manitoba, Canada on July 2, 1933 the 3rd child of Larus Arthur and Helen Page Sigurdson. After completing his Bachelor of Arts at the University of Manitoba, Jon followed in his father’s footsteps by studying medicine. In 1959 he received his Doctor of Medicine from the University of Manitoba with an emphasis in Anatomy and Physiology. While in medical school, Jon met the love of his life, Margaret Jean Watson. They were married on July 19, 1958. After completing his internship at Winnipeg General Hospital, Jon and Margaret moved to Philadelphia, PA in 1960 for his orthopedic residency at the University of Pennsylvania. While in Philadelphia, their only child, Helen Margaret Jean, was born. In 1964, the family moved to Oakland, CA where Jon joined the Kaiser Permanente Medical Group. In 1970, Jon went into solo private practice in Oakland with Margaret as his office manager. Jon was very active in the orthopedic community and served on the Board of Councilors of the American Academy of Orthopedic Surgeons from 1983 to 1989. Jon operated a successful orthopedic practice until his retirement in 2011. Jon was a passionate student of the arts. He received a Music degree as a Piano Solo Performer from the Royal Conservatory of Music of Toronto in 1956. His love of music led Jon and Margaret to be long time patrons of the San Francisco Symphony and the San Francisco Opera. His memberships in the Canadian and the British Orthopedic communities lead them to medical meetings and new friends all over the world. Jon enjoyed studying art, history and geography. Together, Jon and Margaret took classes at the De Young Museum and the Asian Art Museum. As voracious readers, they were long time members of two book clubs. Jon and Margaret were also avid hikers; they hiked the West Highland Way in Scotland, the full length of the Thames, and the Milford Track in Australia. Jon was a devoted, husband, father and grandfather. He passed his love of arts and outdoors to his daughter and granddaughters. He delighted in taking his family to historical sites throughout the US, Canada and Europe. Jon was an active member of the First Presbyterian Church of Oakland for over 50 years and was instrumental in the installation of the church organ. He was also a member of the Lake Merritt Breakfast Club, the Oakland Rotary and the Grandfathers’ Club. As a member of the Home Club, he and Margaret enjoyed ballroom dancing with friends. Jon is survived by his wife, Margaret, his daughter Helen Sigurdson Hayes, his granddaughters Lara Jean Hayes and Liana Ann Hayes and many nieces and nephews. Jon is predeceased by his sister Frances Giddings of Anchorage, AK, and brothers Johannes Arthur of Winnipeg, MB and Eric Lawrence of Ottawa, ON. Jon was buried at the Mountain View Cemetery in Oakland.Services will be scheduled at a later date. Flowers gratefully declined in favor of a donation to Meals on Wheels, the Salvation Army or in support of the Arts. Jon will be lovingly remembered by his family and friends. To ensure the health and safety of our community, we are following all guidelines set by local, state and CDC officials. If you are planning on attending a service, please contact the funeral home in advance, so that we can plan accordingly.

Jon Frederick Page Sigurdson, 86, of Piedmont, California passed away at home with his family on June 16, 2020. Jon was born in Winnipeg, Manitoba, Canada on July 2, 1933 the 3rd child of Larus Arthur and Helen Page Sigurdson. After completing... View Obituary & Service Information

The family of Jon Sigurdson created this Life Tributes page to make it easy to share your memories.

Send flowers to the Sigurdson family.