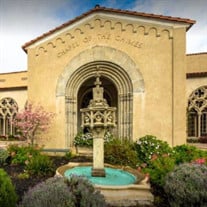 Towata, Jr., John S., in San Leandro, July 30, 2020. Beloved father of Allison Van Voorhis, Lindsey Fukasawa, Amanda Melsby, Jonathan Towata, Philip Knezevich and Anna Towata. Loving grandfather of Zoey and Zachary Fukasawa. Father-in-law of Paul Van Voorhis, Jeff Fukasawa, Brad Melsby, Malia Knezevich and Meagan Towata. Nephew of Virginia “Ginger” Masuoka and many loving cousins and their families. Former husband to Lily Kvitky and Christine Port. A native of Alameda, aged 73 years, John passed peacefully on Thursday, July 30, 2020. His son Jonathan and daughter Anna were at his side. John, known as Junior to friends and family, was born on June 17, 1947 in Alameda, CA. He was the son of long-time Alameda residents John Towata, Sr. and Georgianna “Anna” Towata. A proud graduate of Alameda High School, class of 1965, and the University of California, Berkeley in 1970, where he graduated with a Bachelor’s degree in Business Administration. During his time at Cal he took time off to enlist in the Marine Corps Reserve and was trained as a jet mechanic. He remained active in the Reserves until being honorably discharged. In 1971, he went into the family flower business with his father and opened the second John S.Towata Flowers in Oakland, California. John worked at both the Oakland and Alameda flower shops until his retirement in 2009. John inherited his mother’s keen sense of humor and his parents’ strong sense of family and community--all of which he would carry throughout his life. John was a loving and proud father and grandfather. He was known to family and friends alike for his generosity, quick (and sometimes mischievous) sense of humor, and good-hearted stubbornness. Throughout his life, John was active in many Alameda organizations including the Alameda Oakland Athletic Club (AOAC), Buena Vista Methodist Church, Alameda Buddhist Temple, the Japanese American Citizens League (JACL), Kiwanis Club, the Alameda Chamber of Commerce and Jaycees, as well as the Piedmont Avenue Merchants Association in Oakland, the American Red Cross, and he served as an officer of Florists’ Transworld Delivery (FTD). Funeral services will be privately held with John’s immediate family due to COVID-19 restrictions, with a larger memorial for all friends and family being planned for next year Thursday, June 17, 2021 on what would be his 74th birthday to celebrate John’s life. To ensure the health and safety of our community, we are following all guidelines set by local, state and CDC officials. If you are planning on attending a service, please contact the funeral home in advance, so that we can plan accordingly.

The family of John Towata JR created this Life Tributes page to make it easy to share your memories.

Send flowers to the Towata family.