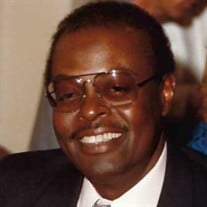 Howard Earl Mayfield was born October 12, 1934, in Houston, Texas to Fred and Carrie Mayfield. This union produced two sons, Howard and younger brother Reginald. In 1942, the family moved to California as part of the second great migration of Blacks from the South. Due to his parent’s subsequent divorce, Howard attended both Oakland and Berkeley public schools, making lifelong friends at Prescott and Longfellow elementary schools, as well as McClymond’s and Berkeley High schools. He often referred to his childhood, and a “Huckleberry Finn existence.” They didn’t have a lot, but they had more than enough support and love. After receiving his GED in 1953, Howard worked at Marchont Calculators along with friends William Webb, Jr., and Felix Franklin. In 1956, Howard, Reginald and 6 of their neighborhood friends, A.J. “Mitch” Mitchell, Atklin Brown, William Webb Jr., Felix Franklin, Jimmy Dashiell, and Ronald V. Dellums, with limitless energy and a wealth of far-fetched ideas, established a social club called the “Notables.” The club raised money to improve opportunities for black youth, initiating activities to raise funds to support a scholarship program. While attending Oakland Junior College, Howard met the love of his life, Earlene Davis. They were married in 1958. From that union came one daughter, Karen Mayfield-Ingram. After retirement, they enjoyed traveling and entertaining friends. They took numerous cruises to places like the Caribbean and Alaska. They renewed their vows on the island of Negril, Jamaica. Howard and Earlene often visited friends and relatives across the country. They were a couple in the true sense of the word. They would go to dinner shows at Yoshi’s, take drives along the coast, and enjoy walks around the Berkeley area where they lived for over 60 years. He often said, “I didn’t get married to be alone.” Howard was a proud member of the International Longshoreman Warehouse Union (ILWU) Local 10, joining in June 1, 1959. He achieved his book and A status in 1963. Throughout his career, he performed jobs such as an equipment operator, wrench driver, and lineman. He retired in 2008, after working almost 40 years. He was proud of his profession and union membership. Howard was well liked and respected by his union brothers. Howard is preceded in death by his mother, Carrie Rish, father, Fred Mayfield, and brother, Reginald Mayfield. He leaves behind his loving wife of 62 years, Earlene Mayfield, daughter, Karen Mayfield-Ingram; granddaughter, Janelle Ingram; son-in-law, LaRon Ingram II; sisters-in law, Sheila Harper and Pamela Primas; brother-in-law, Daniel Harper; nieces, Rochelle Mayfield, Adriane Primas, and Penda Primas; nephews, Harry Davis III, Dominique Davis, Andwele Harper, Jelani Harper, and Angelo Primas II; cousins Lynette Jones; Roscoe Mack, Elizabeth Mack and Reginald Mack; grandnieces, Sydney Primas and Auriella Harper; grandnephews Angelo Primas III and Gyasi Harper; and lifelong friend, Eugene Crusto. He will be fondly missed by a host of friends and loved ones.

Howard Earl Mayfield was born October 12, 1934, in Houston, Texas to Fred and Carrie Mayfield. This union produced two sons, Howard and younger brother Reginald. In 1942, the family moved to California as part of the second great migration of... View Obituary & Service Information

The family of Howard Earl Mayfield created this Life Tributes page to make it easy to share your memories.

Send flowers to the Mayfield family.