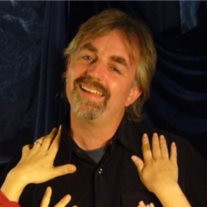 Obit for David Kendall (written by his good friend Howard, his beloved sister Andrea and loving wife Erin) Gill and Roland were blessed with a healthy boy on July 22nd, 1964 in Crayford, England. Parents can only hope their son might end up being someone like David. Dave was active and interested in the outdoors. As a child he’d spend summer vacations at the seaside with his sister, Andrea. When not attending class at St John’s Primary School, he would be exploring ponds, lakes and rivers near his town of Chipping Sodbury. Although he lived abroad in Amsterdam and then America, he missed his family in England. He had a deep love for his Auntie Angela, and his sister’s children Maisie, Mollie, Callum and Alice. He often wished he could visit them all more. Dave’s careers always included engineering. In 1981 he completed is apprenticeship in Aerospace Studies at the Rolls Royce Technical College’s School of Engineering in Bristol. He focused on mechanical engineering. But even before that he was learning about engineering and computers from his father Roland. Skills that would later prepare him to join the dot com boom in software engineering in San Francisco. Adventure travel was a passion of Dave’s. He has dear friends from all over the world. He travelled first on short trips to Egypt, Italy and eventually began living abroad in Amsterdam around 1986. When Dave left Amsterdam, he wasn’t sure where he would end up next, but in the end fate settled him in San Francisco. He painted houses and became an expert. He would often want to take a detour when driving in order to pass by a house that he had painted years earlier. In San Francisco, Dave met and married Susan Wilson. Soon after, he took his first computer related job. He was at the epicenter of the modern computing revolution, with the right skills, and at the right time. In December, 1999, Dave met Erin Watson at an event called Santa Con in San Francisco. Among all the Santas there, Erin offered Dave a drink of water, they chatted very briefly and exchanged contact info. Shortly afterward Dave invited Erin to spend the 1999 New Year’s Celebration in Saline Valley and they began the biggest adventure of their lives. In April 2003 Erin Watson and Dave Kendall married in Gretna Green, Scotland. In the years since then, both of their careers soared. Dave and Erin have always been generous and shared their house and travel adventures with their community. Their annual Boxing Day party was guaranteed to attract interesting people and many of his friends became dear friends or couples after meeting via one of Erin and Dave’s parties or adventures. They were well known for hosting Thanksgiving dinner deep in the desert in Saline Valley. Their prosperity and mutual love of new experiences led them to a huge variety of destinations. Perhaps none as unique, intense and artistic as Burning Man. Erin and Dave had it down. Not only did they make surviving in the desert look easy and fun, they thrived! They made art and costumes and laughed and played. They helped to weave together the lives of people around them. Dave understood that not everyone was so fortunate and gave to various charities. He invites those who would like to remember him to donate to Doctors Without Borders (MSF) in his memory. He was modest, decisive, very communicative but comfortable with silence. His compassion, foresight, and courage were with him every moment of his journey. These were Dave’s finest qualities and they did not abandon him at any point in his life, least at the end. Too soon. Yes, too soon. He is survived by his wife Erin, his sister Andrea, his father Roland and his wife Sherry, and his dear mother Gill and her husband Peter. He lives on in the hearts and minds of the hundreds of friends he made on his many journeys. If there’s an afterlife and there’s a party there, Dave will be helping to make sure everyone’s having a good time.

Obit for David Kendall (written by his good friend Howard, his beloved sister Andrea and loving wife Erin) Gill and Roland were blessed with a healthy boy on July 22nd, 1964 in Crayford, England. Parents can only hope their son might end up... View Obituary & Service Information

The family of David Paul Kendall created this Life Tributes page to make it easy to share your memories.

Obit for David Kendall (written by his good friend Howard, his...