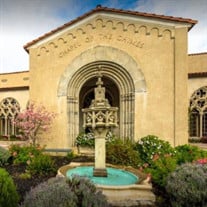 Anto Aghapekian passed away of natural causes on May 16, 2020 at Kaiser Hospital in Oakland, surrounded by immediate family. Anto’s youth was spent in Beirut, Lebanon, where he resided with his parents, Mardig and Marie Aghapekian, and his two sisters, Aida and Madeleine. He grew up in the Armenian community and spent many happy times in the Mountains of Lebanon and swimming in the Mediterranean Sea. He was an avid athlete, excelling in basketball, and was a proud member of the Boy Scouts, serving as a scout master for several years in his late teens. Anto is survived by his loving wife of 27 years, Lynda Johnson, and by his sons, Ari (daughter Ava), Raffi (wife Chris and daughters Riley and Emilie) his stepsons, Spencer (wife Lesley and daughters Amelia and Sophia) and Clayton (wife Margo and grandchildren Eloise, Theo, and Simon). In addition, he is survived by his two sisters, Aida Achdjian and Madeleine Aghapekian, and their families. He is also survived by his first wife, Linda Agapekian, whom he married in 1967 and divorced in 1985. At the age of 22, Anto fulfilled his dream of immigrating to America to study architecture. He received degrees from the College of San Mateo, University of Oklahoma in Norman, and UC Berkeley, where he studied architecture and urban planning. He enjoyed a long and rewarding career as a board-certified architect, designing and remodeling homes, banks, schools, and public spaces, primarily in the San Francisco Bay area and in Portland, Oregon. A strong believer in giving back to America and his local community, he helped build the Bay Area Armenian culture centers in the 70s and 80s and inspected buildings for the California Governor’s Office of Emergency Services and the City of Oakland after the 1989 Loma Prieta earthquake. More recently, he serves as Commissioner for Disability Issues for the City of Alameda and as a volunteer at Mastick Senior Center. He was a consistent donor to causes and the arts, including public radio, television, Rhythmix Cultural Center, Island City Opera, Doctors without Borders, and Habitat for Humanity. Always artistic, Anto turned to ceramics and stained glass during retirement and enjoyed many happy hours at Alameda Mastic Senior Center creating wonderful works of art and making deep and lasting friendships with his classmates. His other passion in life was world travel, including multiple trips to the South of France to visit relatives. Drawn to water his entire life, he resided at different times in close proximity to the Mediterranean Sea, the San Francisco Bay, and the Willamette River in Oregon. He was thrilled to be able to live this past year in a floating Home at the Barnhill Marina on the Island of Alameda where he was surrounded by a close knit, marine-oriented community. A private memorial will be held in the future. In lieu of floral tributes, donations are suggested to Doctors without Borders or to a charity of choice. To ensure the health and safety of our community, we are following all guidelines set by local, state and CDC officials. If you are planning on attending a service, please contact the funeral home in advance, so that we can plan accordingly.

Anto Aghapekian passed away of natural causes on May 16, 2020 at Kaiser Hospital in Oakland, surrounded by immediate family. Anto&#8217;s youth was spent in Beirut, Lebanon, where he resided with his parents, Mardig and Marie Aghapekian, and... View Obituary & Service Information

The family of Anto Aghapekian created this Life Tributes page to make it easy to share your memories.

Send flowers to the Aghapekian family.