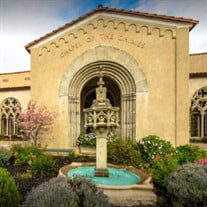 On June 9th, 1942 at 4:40 p. m , a son Albert Clyde Reed was delivered by mid-wife to the proud parents Charlie Reed and Laura Jean Reed. He was born in the comforts of their home in Columbus. Georgia and was their only child. He un-expectantly departed this earth at 2.59 p.m. Thursday April 16, 2020. Albert was educated in the Columbus Unified School District and graduated from William H Spencer High School in 1960. Spencer was one of the first public schools for blacks in the segregated south that offered the same curriculum as the schools across town. This experience was just the first time Albert was part of changing the course of history. Shortly after graduation from high school, he joined the military. Like many young black men during that period in the South, joining the military was a place he could go and make a better life for himself and serve his country at the same time. He proudly served from 1960 to 1964 and received an honorable discharge. His final tour of duty was in Germany. After his discharge from the Military he temporarily moved to Washington, D. C. and resided with his father (Charlie) Reed. Charlie was a wonderful father and loved Albert with all his heart. During his residency in Washington, D C, he met and married his first wife, Cherry A Thomas. Of this union their son, Charles Vincent Reed, was gifted to them on his birthday June 9th, 1966. He would always say, “Man, now I have to share my birthday”. One thing for sure it was always an honor to share his birthday with his son. Albert also had a second son , whom was named Charles Albert Reed. Following his father’s footsteps Albert named both his son’s Charles in honor of his father Charlie Reed, Sr. just as his father named his first two son’s Albert. He referred to them as Big Al and Little Al or “Wild Bill” as Charlie use to say. On April 15, 1998 he married the love of his life Rose Marie , who preceded him in death on April 4th 2007. Theirs was a special relationship filled with love, travel and adventures. They traveled and explored the continental United States until her departure. During his periods of transitions, Albert worked at the U S Post Office. He then worked with his step-father Jimmy Bruce, (Jimmy Bruce Plumbing) learning the plumbing trade. He was later accepted into the first trades program for plumbers offered at Laney College in Oakland, California. Upon completion of his training, he proudly joined the Plumbers Union Local 444 of Alameda County and this began the new era of his life. He accepted a position with the Oakland Unified School District (OUSD) as a certified plumber and this opportunity indeed shaped the rest of his life. He was one of the first black men to integrate the plumbing shop at OUSD. He would climb the corporate ladder and despite the obstacles that were often thrown his way, became a Master Plumber and remained in that position until his retirement in March 2004, after thirty (30) years of faithful service. After his retirement he devoted most of his time to the wonderful care of his mother Laura Jean. Albert is welcomed into his new heavenly home with extended arms from his beloved wife Rose Marie, father, Charlie Reed, Step-father, Jimmy Bruce, and a host of other relatives preceding him in death. He leaves to cherish his memory: his loving mother, Laura Jean Bruce , His Children: Charles Vincent and (Simone) and Charles Albert, His trusted friend and Ex-wife Cherry A Turner, Grandchildren: Jessica Jean , Jason, Brianna Marie, Zabrina, Alana and Alora , Great Grandchildren: E’sais, J’Ceon, Zion, Zara, Saladin and Sanaa. Special Cousins: Sara Marie Woods, Barbara Jones, James Sims Ross Chaee, Cynthia Dinkins Harris, Gayle Quinn, Kenny Watts.Jr and a host of other relatives and friends including the family of his beloved wife Rose Marie. Special Friends: Betty Poole “OKedoke”, Ruth Jackson, Patricia Davis, Ridgeway Smith , Billie Brown and Cleo McLaughlin. To ensure the health and safety of our community, we are following all guidelines set by local, state and CDC officials. If you are planning on attending a service, please contact the funeral home in advance, so that we can plan accordingly.

On June 9th, 1942 at 4:40 p. m , a son Albert Clyde Reed was delivered by mid-wife to the proud parents Charlie Reed and Laura Jean Reed. He was born in the comforts of their home in Columbus. Georgia and was their only child. He un-expectantly... View Obituary & Service Information

The family of Albert Clyde Reed created this Life Tributes page to make it easy to share your memories.

Send flowers to the Reed family.