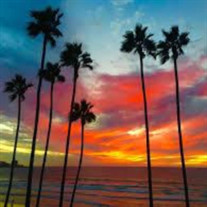 Roderick Clinton Davis left this mortal plane on Thursday the 27th of February after a very brief illness. He was born in Massachusetts on October 2, 1943 to Ruby Ann McGuinness Davis and Roderick Clinton Davis, and grew up in Virginia Beach, Virginia. Rod joined the US Navy in 1961 and retired in 1991 as Master Chief Petty Officer, the highest enlisted rank. His 30 year career included four years 1968-1972 in Vietnam serving on River Boats during which time he feel in love with the country. He became fluent in Vietnamese and returned there after retirement from the Navy to teach English as a second language. He also served three years in the German Navy as part of a personnel exchange program 1976-1979. His last sea duty tour was as the Command Master Chief on board the USS Carl Vinson. He received numerous medals including a Bronze Star with Combat V, a Purple Heart, and many others medals and commendations. Rod was fluent in several languages and played a number of instruments. Rod’s spiritual life was as rich and diverse as his military career. For over 30 years, Rod volunteered at the Siddha Yoga Meditation Ashram in Oakland where he was a classical Hindustani musician, playing mridangam (drum), harmonium (keyboard) and tamboura (stringed instrument). Every Sunday morning Rod and Deborah were there while he drummed for an early morning chant, Shiva Arati. Rod also mastered the vocals for Shri Rudram, a very complex, lengthy and exacting musical scripture from the vedas. This regular and devoted vocal prayer is traditionally only exhibited by Brahmin priests in India. He often delved into the intricacies of the deeper meaning of this veda which expounds the Lord's existence in everything in the universe. His smile, easy affability, and heartwarming stories will be deeply missed at the breakfast table we all shared each Sunday. He is survived by his wife Uyen Thi Doan, his stepson Cong Thien Truong and daughter-in-law Bich Hong Truong, daughter Deborah Zuyen Davis, and brother Clayton Robert (CR) Davis. He was exceedingly proud of his stepson Cong who is currently Second Class Petty Officer in the Navy. Rod’s entire being was dedicated to loving and nurturing his 10 year old daughter Deborah.

Roderick Clinton Davis left this mortal plane on Thursday the 27th of February after a very brief illness. He was born in Massachusetts on October 2, 1943 to Ruby Ann McGuinness Davis and Roderick Clinton Davis, and grew up in Virginia Beach,... View Obituary & Service Information

The family of Roderick Clinton Davis created this Life Tributes page to make it easy to share your memories.

Roderick Clinton Davis left this mortal plane on Thursday the...