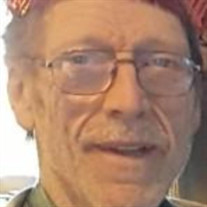 William Nettle, 80, of Oakland, California, passed away on March 28, 2022 with his daughter Mary by his side. William was born on February 18,1942 to William George Such and Dorothy Louise Roman in Oakland. After graduating from Arroyo High School in San Leandro, he went on to study at Cal Berkeley for 2 years. He married Annette Hillyer on 12/28/63 and had two children, Mary and Michael. William was determined to provide for his family and did whatever was necessary to accomplish that. Throughout his personal life, he faced many obstacles but overcame them as best as he could, always keeping his faith in God first and most important. William always gave 100% of himself to anything or anyone who was in need. He was the one who could always be counted on or willing to give the shirt off his back or the last dollar in his pocket to anyone who expressed a need. He was passionate about helping other people no matter what the personal cost to himself. In his spare time, which was far and few between, he enjoyed taking care of the amazing garden that he spent hours tending to. He loved his three dogs, Penelope, Bushnell and Rico that were with him to the end. Anyone who had the opportunity to know William will tell you what a great sense of humor he had as well as telling you exactly what was on his mind. William was predeceased by his mother, Dorothy and stepfather AC Nettle, his father George Such, his son Michael, his sister Sharon and brother Zane. He is survived by his daughter Mary Genzlinger (Darren), granddaughter Izabelle Nettle, stepmother Frankie Such, brother Mark Nettle, sister Karie Miramontes (Steve), sister Kim Agerbeck (Rudy), ex-wife Annette Nettle, many nieces, nephews and several friends. In lieu of flowers, the family requests that donations be given to the American Heart Association, or any other charity that provides aid to animals or people in need . There will be a celebration of life service on Friday, May 20, 2022 at 6:30 p.m. at Resurrection Lutheran Church, 397 Euclid Avenue, Oakland.

William Nettle, 80, of Oakland, California, passed away on March 28, 2022 with his daughter Mary by his side. William was born on February 18,1942 to William George Such and Dorothy Louise Roman in Oakland. After graduating from Arroyo High... View Obituary & Service Information

The family of William Nettle created this Life Tributes page to make it easy to share your memories.

William Nettle, 80, of Oakland, California, passed away on March...

Send flowers to the Nettle family.