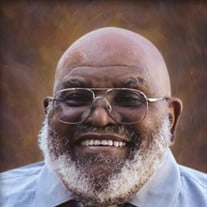 Bill Love was born February 27, 1940 in El Paso, Texas to William and Lillian Love. At a very early age, the family moved to Oakland where he remained for the rest of his life. He was a product of the Oakland Public School system, attending Lafayette Elementary School, Lowell Middle School, McClymonds High School and Oakland City College. He played sports throughout his youth including baseball and football. He was on both the McClymonds and Oakland City College football teams. After Oakland City College, he matriculated at Humboldt State University, where he received both his Bachelor of Arts and Master’s Degree in Psychology. While at Humboldt, he continued to play football. He was a member of the undefeated 1960 football team that competed for and won the NAIA National Championship. On September 30, 1967 he married Willie Simmons and they remained married until his death. At the time of their marriage, Willie had a son Ronald, whom Bill subsequently adopted. Their marital union produced two daughters, Michelle and Barbara. His children were a source of joy to him. “Alles für die kinder” was a favorite saying of his – Everything for the children. Bill was a community activist. He loved Oakland and more specifically West Oakland and its residents. He helped found the West Oakland Cultural House, Inc. and for a time served as its president. Following the Loma Prieta earthquake, he and a group of West Oakland residents founded the Citizens Emergency Relief Team (CERT) to assist in the rebuilding of West Oakland. Specifically, they worked to prevent the 880 Freeway from being rebuilt in its previous location - which had divided west Oakland. For this accomplishment, CERT received recognition from local and state officials. Bill began his professional career at Cal State Hayward in the late 1960’s. In September 1970 he joined the Peralta Community College District as one of the faculty for the new College of Alameda. During the next forty years he served in many capacities: Instructor, Athletic Director, Affirmative Action Officer, President of the Faculty Senate and Union Representative. He taught at College of Alameda, Laney College, and Merritt College. In 1975 he was named an ACE Fellow (American Council on Education). His great love was teaching. During his tenure he was able to impact the lives of thousands of individuals. Additionally, he was able to expand the COSER (Community Social Services/ Substance Abuse) Program. After retirement in 2004, he continued to teach in this program until his illness. He was proceeded in death by his parents, son Ronald and bother Earl. He leaves to mourn him: his wife Willie, daughters Michelle and Barbara, his closest nephews William Eskridge, Jr. (Joyce) and Earl Love, Jr., nieces Robin Love (Amina Finley Love), adopted granddaughter Layla Juarez (Sergio and Rebecca Juarez), and a host of nieces, nephews, sisters and brothers in laws, other relatives, and dear friends too many to mention by name. Viewneral Service Name: Funeral Service of Dr. William J. Love III Funeral Service Link: Please click the following link to join: https://viewneral.zoom.us/j/95076378271?pwd=RGNxRWpYaGI5TTRsNDl0RjMvU3gzdz09 Viewneral ID: 950 7637 8271 Password: 904023 To ensure the health and safety of our community, we are following all guidelines set by local, state and CDC officials. If you are planning on attending a service, please contact the funeral home in advance, so that we can plan accordingly.

Bill Love was born February 27, 1940 in El Paso, Texas to William and Lillian Love. At a very early age, the family moved to Oakland where he remained for the rest of his life. He was a product of the Oakland Public School system, attending... View Obituary & Service Information

The family of Dr. William Love created this Life Tributes page to make it easy to share your memories.

Send flowers to the Love family.