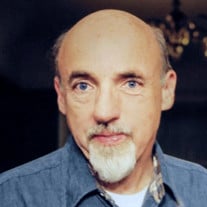 The family of William T. Hicks is saddened to announce his passing on July 30, 2021. His last days were spent surrounded by family. Bill, a long-term resident of Rossmoor, was born in Pittsburgh, PA to Frederick T. Hicks and Edith Williamson Hicks, and had one older sister, June L. Hicks. Growing up in Detroit, MI, he received a scholarship to attend the University of Michigan where he graduated as Phi Beta Kappa. He earned his PhD in Physical Chemistry and was a postdoctoral research fellow at UC Berkeley. He worked for Dupont De Nemours in the Pigments Department in Wilmington, DE and in Electronics in Niagara Falls, NY and Sun Valley, CA conducting research, providing customer service and traveling nationally and internationally. While attending UC Berkeley he met his wife, Joy Sandner. They created a loving life together working as equal partners and raising their four daughters. Bill was a quiet, patient, intellectually curious and dedicated man, who loved his family deeply and expressed his gratitude often. In addition to music, art, travel, camping, reading, and keeping connections with friends, his years were spent happily sharing time and ideas with his daughters. Together they built train sets, a TV and radios, and a photographic darkroom. Through experiences such as these he instilled in them the importance of doing, learning, and thinking for themselves. This continued as the family grew to include six grandchildren and two step grandchildren. Responsibility in civic society was a value he deeply held and transmitted to his family. He followed the news closely, always voted, and discussed issues with his family and community members. He was active in Americans United in the Separation of Church and State, supported Planned Parenthood, and belonged to the Unitarian Universalist Church where he held numerous positions. He is survived by his wife of over 65 years, his daughters Alison (Kutay Ustuner), Sara (Russell Kilday-Hicks), Katy (Sam Cohen) and Amy (Jacopo De Nicola), grandchildren Emre, Liam, Eda, Amy, Rachel, and Ziri, and step grandchildren Shannon (Kilday) Gagne and Matthew Kilday and their spouses and children. Bill was cherished and appreciated by his family and friends. The family suggests making a contribution in honor of his life to Americans United in the Separation of Church and State, Planned Parenthood, or the Mount Diablo Unitarian Universalist Church.

The family of William T. Hicks is saddened to announce his passing on July 30, 2021. His last days were spent surrounded by family. Bill, a long-term resident of Rossmoor, was born in Pittsburgh, PA to Frederick T. Hicks and Edith Williamson... View Obituary & Service Information

The family of William Thomas Hicks created this Life Tributes page to make it easy to share your memories.

The family of William T. Hicks is saddened to announce his passing...

Send flowers to the Hicks family.