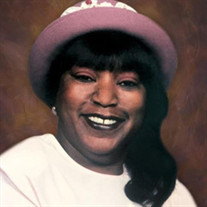 Viola Scott Dennis, 78 years old of Richmond, California passed away on March 8, 2021 in Fremont, California. She was born in Richmond, Virginia on May 6, 1942. She was married to Curtis Lee Braxton on December 30, 1958 and later to James Dennis,... View Obituary & Service Information

The family of Viola Dennis created this Life Tributes page to make it easy to share your memories.

Send flowers to the Dennis family.