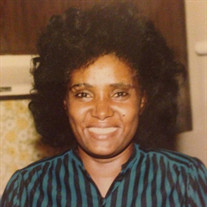 Tsigehana was born in Debarwa, Eritrea. The second oldest child of Kifle Muhus and Kibra Gashazgi, many would describe her not as a typical older daughter of a large family but more as an independent, care-free spirit. After elementary school, Tsigehana lived with her uncle Tekle Kifle in Asmara to continue her education. Soon after she moved to Assab to work for a telecommunications company. There, she reconnected with her childhood friend, Asgedom Ghebremedhin, whom she eventually married and had her first child, Kiko, with. They joined the national liberation struggle as members of the Eritrean Liberation Front (ELF). In 1975, they were forced to flee for their lives after receiving a tip that the Ethiopian army was coming to execute them. After hiding out for a few days in the mountains, Asgedom returned to Assab to check on Kiko. When he returned to the spot where he left Tsigehana, she was nowhere to be found. With the help of ELF, they eventually found her on the brink of death, without food or water for several days. ELF sent her to Yemen and Egypt for medical care. Miraculously, she survived and was reunited with Asgedom in Sudan, where they had their second child, Rahwa. Together they settled in Holland, where they were reunited with Kiko. In the early 1980’s, they migrated to the Bay Area to be closer to family. They were one of the first Eritrean families to settle in Oakland and Tsigehana happily assisted other family members in emigrating to the Bay Area, including her dearest sisters Mebrat and Rigat and her nieces Genet and Eden. In Oakland, they had their third daughter Betial in the house they would go on to live in for the next 30 years. Tsigehana worked primarily as a teacher at Early Head Start, but the highlight of her week was always Sunday service at church. One thing that Tsigehana has exemplified to her children is her strong and enduring sense of faith. She truly believed in the goodness of God to the end of her life and she never wavered in her belief of God despite the many challenges to her health. Tsigehana truly rests in peace and is finally reunited with her husband in heaven. She is survived by her three children, Kiko, Rahwa, and Betial; and her sisters Rigat and Hiwot.

Tsigehana was born in Debarwa, Eritrea. The second oldest child of Kifle Muhus and Kibra Gashazgi, many would describe her not as a typical older daughter of a large family but more as an independent, care-free spirit. After elementary school,... View Obituary & Service Information

The family of Tsige Kifle created this Life Tributes page to make it easy to share your memories.

Tsigehana was born in Debarwa, Eritrea. The second oldest child...

Send flowers to the Kifle family.