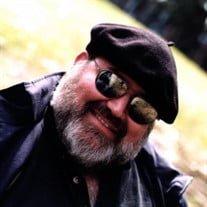 Thomas Lee Coates, 67, of Castro Valley, California, passed away on Monday, June 22, 2020. Born in 1952 in San Francisco to Howard Coates and Betty (Bertelsen) Coates, Tom grew up in El Cerrito, California and attended El Cerrito High School, Contra Costa Community College, and Heald’s Business College in San Francisco at its location on the corner of Van Ness and Post. After completing his studies, Tom held various positions in technology firms in San José, San Leandro, and elsewhere. One memorable position early in his career was at Fort Hunter-Liggett with Qantel. Tom frequently enjoyed telling stories of adventures at “the fort,” doing contract work for the Army. He also served some time as the coordinator of the annual user’s conference at OSIsoft, planning large conferences in Monterey and elsewhere. He later worked as an independent contractor for a number of firms, including RingCentral, before retiring in 2017. One of Tom’s passions and joys was improv theater. In 1991, he began taking classes at Bay Area Theatresports (BATS), an improvisational theater group based in San Francisco. He eventually graduated to performance level and appeared on stage with the Workshop Players. He performed with the Players many times over the next decade, including a couple of annual holiday shows which he helped organize. In a memoir about his time in BATS, he wrote: “To be a good improviser you have to be honest, trusting, generous, and a good listener. I think if everyone in the world learned the basics of Improvisation, the world would be a better place.” Some of his improv performances and other creations are available on YouTube under Carbubble – https://www.youtube.com/channel/UC0f-WE9g8xfI1nfAowd6_Vg Tom lived for many years in in Palomares Hills, Castro Valley, CA in a home he dubbed Dreamland. He was a movie aficionado and enjoyed hosting viewings at the home theater he had built, the Dreamland Theater. The Maltese Falcon was his favorite movie, and he enjoyed the classic Film Noir of the postwar period, though in truth he enjoyed movies from all eras. His film reviews can be found on Letterboxd – https://letterboxd.com/carbubble/ – and showcase his trademark wit. Dreamland also featured a Fireball Classic Pinball Machine. Tom was the Commissioner of a Fantasy Football league that continued for more than thirty years, from the days when he used VisiCalc to keep track of scores to the Internet Age. During football season, he enjoyed watching the games, making side bets, and sharing good news about big scores with his father (hoo hoo!). Tom was much beloved by all his family, and at the many gatherings for Thanksgivings, holidays, or the cousins’ parties of later years, he was known as a great storyteller, witty with a wonderful infectious laugh. He fondly remembered family outings to Seacliff State Park and also to Big Basin State Park, one of the reasons for his support of the Sempervirens Fund. He liked passing on his wisdom to his niece Katie and nephew Will. He gave them copies of “Uncle Tom’s Rules for Playing Games” with such maxims as “If you don’t win, congratulate the winner and say: ‘Great game, but watch out for me next time.’”. He told them his most important rule for driving: “Never drive behind someone pulling a trailer!”. It was always a special treat for Katie & Will to go over to Uncle Tom’s house for “Game Day” where we’d spend the day playing video and board games. To ensure the health and safety of our community, we are following all guidelines set by local, state and CDC officials. If you are planning on attending a service, please contact the funeral home in advance, so that we can plan accordingly.

The family of Thomas Lee Coates created this Life Tributes page to make it easy to share your memories.

Send flowers to the Coates family.