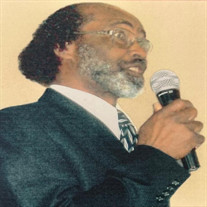 The Obituary An Odyssey of Rufus Carr, Sr. 1939-1960 Collie Ruth Allen relates: Rufus Carr was born on June 19,1939 in Colquitt, Georgia to the union of James (Gene) Carr and Nangie Lee Carr. He and his twin sister, Collie Ruth, were the... View Obituary & Service Information

The family of Rufus Carr Sr. created this Life Tributes page to make it easy to share your memories.

The Obituary
An Odyssey of Rufus Carr, Sr.

Send flowers to the Carr family.