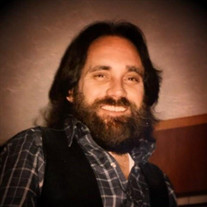 Ronnie Reeder passed peacefully April 23, 2021, with his daughters by his side. He was a beloved father, grandfather, and friend. He leaves behind many loved ones to cherish his memory. Ronnie was born in Oakland, CA to Alice and Kenneth Reeder in 1943. He lived much of his life in San Leandro’s “The Manor” neighborhood, where he knew all his neighbors and they were like family. He had an adventurous spirit and lived life on his terms. He started working early in life mowing lawns to start saving for “fast” cars and motorcycles-two of his favorite things. As he got older, he developed a love for classic Corvettes and over his lifetime he owned many of them. He also loved to drive in demolition derbies and race his motorcycle. He had a lifelong passion for Harley Davidson. Ronnie worked hard as a cement mixer driver. He was part of the team that built the Transbay tunnel for BART. He was a proud Teamster and even did negotiations for his union. In his free time, he was an avid skier. He also loved the outdoors and camping. He had many cherished memories of family trips to Clearlake when he was young. As an adult and father, some of Ronnie’s favorite memories involved camping in the Sierra Nevada Mountains. His favorite spot was Middle Fork campground, just outside Yosemite, where he spent most summers with his daughters. He was affectionately known around the campground as “Bear Patrol” because he would help other campers make their camps safe from bears and show them how to co-exist with the friendly forest neighbors. He loved animals! He always fed his neighborhood birds and squirrels and kept a box of dog bones by his chair on the porch, so he had a treat for every dog that walked by. He was also passionate about travel. His second home was Puerto Vallarta, Mexico. He had been there over 60 times! During his many visits, he made countless friends from all over the world, and he would return year after year to see them. Puerto Vallarta held a special place in his heart. Ronnie was also a lover of live music and the local music scene. He loved all concerts big and small, and even travelled with a few well-known bands on tour over the course of his life. He was predeceased by his parents, Alice and Kenneth Reeder, his sister, Sandy Smith, his niece, Rochelle Reynolds, and nephew, Joe Smith. He is survived by his daughters Kristy Reeder and Jennifer Baker (Corey), his “honorary daughters” Nicole and Jenny Pastre, and his grandchildren Kayla, Brooklyn, Jackson, and Ezra. Ronnie’s life was defined by the family and friends he cherished, and the lives of whom he touched so dearly. He was truly a special soul and will be greatly missed by all those who knew him. He was a devoted and wonderful Papa and will remain in the hearts of those who loved him forever. A celebration of life is being planned for a later date. Please check back for updates and more information.

Ronnie Reeder passed peacefully April 23, 2021, with his daughters by his side. He was a beloved father, grandfather, and friend. He leaves behind many loved ones to cherish his memory. Ronnie was born in Oakland, CA to Alice and Kenneth Reeder... View Obituary & Service Information

The family of Ronald "Ronnie" Reeder created this Life Tributes page to make it easy to share your memories.

Send flowers to the Reeder family.