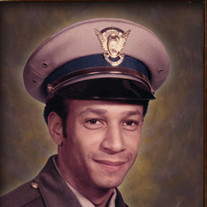 Ronald Roland Bryant was born on February 23, 1942, in Elizabeth, New Jersey, the second son (James Sterrett, being the first) of fraternal twins born to James Cullen Bryant and Eleanor (Walker) Bryant. The family (of four) moved to San Francisco, California in 1945, because his father, who was an electrician working for the U.S. Department of the Navy, had been reassigned to Hunter's Point Naval Shipyard. The family increased to five with the birth of his second brother Michael Dennis born September 13, 1948, in San Francisco, and to six with the birth of his third brother, Mark Alan, born May 2, 1957, in Berkley. Ronald's formative education began in San Francisco, continuing in San Pablo and Richmond, and culminating with his graduating from Oakland High School in June 1959, at the age of seventeen. He also holds and Associates of Arts Degree from Merritt College. During marriage to Sharon (Wallace) Bryant his two sons, Ronald 'Ronnie' Roland Jr., and Anthony 'Tony' David were born. During marriage to Barbara (Hartfield) Bryant, his daughter, Nakia 'Nikki' Nicole was born. His marriage to Muriel (McLemore) Bryant included the addition of his step-children Maurice McLemore and Elena McLemore. Ronald was always drawn to community service as indicated by his employment as a mail carrier for the U.S. Postal Service, a bus driver for Alameda County Transit and, briefly with the Oakland Police Department before graduating from the California Highway Patrol Academy and serving with that organization from 1973 until he retired with the rank of Sergeant in 2001 (28 years of service). He was an avid golfer, engaged in the sport whenever the opportunity presented itself, and enjoyed watching and/or attending other sporting events. He especially looked forward to catch the Baseball World Serie and Super Bowl Sundays (which take place in February, his birthday month) and sharing those times with his likeminded friends. His transition is preceded by his parents, James Cullen Bryant and Eleanor Walker Bryant, Janetta (Mitchell) Bryant, Sharon (Wallace) Bryant, and grandson, Jerusalem (Jeru). Remaining with cherished memories of someone who will be greatly missed are his sons, Ronald 'Ronnie' Roland, Jr. (Felita T.), Anthony 'Tony' David, Erik Marc, daughter, Nakia 'Nikki' Nicole Bryant-Saculla (spouse, Michael D.), Goddaughter, Michelle Jackson, grandchildren, Mya Bryant, Taylor Bryant, Kiazhane 'Kiki' Chavez, Brooklynn.

The family of Ronald Bryant Sr. created this Life Tributes page to make it easy to share your memories.