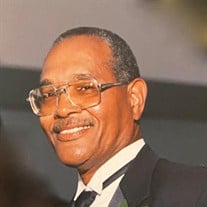 Rivers L. Gee, Sr. Rivers L. Gee, Sr., 80 was called home to the Lord on Friday, June 4, 2021, passing away of natural causes, after undergoing an outpatient procedure the week before. Rivers, raised on a farm in the Acres Homes subdivision of Houston, TX the 11th of 12 children of a longshoreman and homemaker, the late Matthew Gee, Sr. and Alberta Law Gee. He was baptized at the church his father founded, Wright Grove Baptist Church, and became Catholic in 1962. A few years later, upon relocating to California, he started attending St. Louis Bertrand Parish with his young family. Rivers always enjoyed singing and socializing and was an avid reader and scholar, graduating as high school valedictorian and football player at George Washington Carver High School, and the top of his class of pharmacy at Texas Southern University, passing the pharmacy boards his first sitting. Rivers was an initiated member of the Beta Upsilon Chapter Kappa Alpha Psi, held a license to practice pharmacy in the States of California and Texas and was a former weekend golfer with two aces (holes in one). He also served as Grand Knight of Council 122 of the Knights of Peter Claver, sang in the Adult and Gospel choirs at St. Louis Bertrand Parish and for a couple of season coached elementary school basketball at St. Louis Bertrand School. Rivers spent 30 years serving as a Pharmacist at several of the Bay Area locations for Thrifty Drugs Store (now Rite Aid) and being a conscientious spender was able to retire early at 55 so he could play golf and enjoy the benefits of being a grandfather. Rivers leaves a legacy of family ties, solid friendships and an optimistic dream of hope for our future. He always supported the goals and dreams of others and had an uncanny sense of humor, always seeing the positive side of people, circumstances and opportunities. Rivers/Gee/Dad/Papa Gee/Gramps/Dr. Gee, was a loving husband, father, best friend, uncle, brother and Knight. One of his often repeated mantras was “life is short, enjoy yourself” so he could always be found enjoying time with friends, family and hobbies such as visiting Cache Creek Casino to collect his “free” gift; watching Wild Kingdom or a good western; practicing prior to “actual” choir practice or testing the microphones once in the choir stand; dancing with his wife Pat or attending a Knights & Ladies of Peter Claver event; going to the health club aka “spa” or playing a round of golf with friends or sitting around debating geo-political issues. Rivers is survived by his wife and college sweetheart, Patricia Gee, two children Rivers Gee Jr (Michelle) and Genevia Gee Fulbright (Edward), two grandchildren Camille Fulbright and Gianna Gee, sister Mary Magdalene “Mag” Gee Lott, brother Andrew Gee and a host of cousins, nieces, nephews, relatives and friends. He was preceded in death by three sisters Earnestine “Stein” Gee, Ruth Byrd, Bettye Love and six brothers, Clarence Gee, Leonard “Doc” Gee, Matthew “Seekers” Gee Jr, Herman Gee, Nolan Gee and Ulysses Gee. In lieu of flowers, the Family requests that you consider making a gift to the Bishop O'Dowd High School endowment in memory of Rivers L. Gee, Sr. Checks can be mailed to Bishop O'Dowd High School, 9500 Stearns Ave., Oakland, CA 94605 or through this secure giving form ( https://www.givecampus.com/campaigns/9184/donations/new ) Please write Rivers L. Gee Sr. in the Check Memo or the Comment Box on the giving form.

Rivers L. Gee, Sr. Rivers L. Gee, Sr., 80 was called home to the Lord on Friday, June 4, 2021, passing away of natural causes, after undergoing an outpatient procedure the week before. Rivers, raised on a farm in the Acres Homes subdivision... View Obituary & Service Information

The family of Rivers L. Gee Sr. created this Life Tributes page to make it easy to share your memories.

Send flowers to the Gee family.