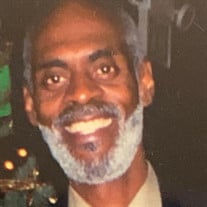 Ricardo Antonio McGrath was born on January 14th, 1951, in Panama City, Panama. He graduated kindergarten from Escuela Privada “Lindo” in the neighborhood of Rio Abajo. He attended San Agustin Primary School and Instituto Justo Arosemena (IJA) Secondary School, graduating in 1968. Ricardo’s favorite singing group was “The Temptations,” and he was known for wearing fake glasses on his senior portrait to resemble David Ruffin. After living in Panama for the first eighteen years of his life, he and his younger sister immigrated to the United States in 1969 to reunite with their mother, older sister, and grandmother. Upon moving to San Francisco, Ricardo entered the United States Air Force Reserves, where he served for six years. He attended boot camp at Lackland Airforce Base in Texas. After being honorably discharged, he took a job with Pillsbury Madison and Sutro Law firm in downtown San Francisco where he started as a messenger but worked his way up to become their computer operator, entering computer engineering at the forefront of the industry. Later, he drove for the San Francisco Municipal Transportation Agency for six years, where he made lots of friends and enjoyed operating articulated coaches. During the 1989 Loma Prieta earthquake, he helped his passengers receive medical attention by driving them to the emergency department on one of those buses. Post Muni, he settled into his role at the San Francisco Design Center, where he managed the shipping and receiving department until his retirement. In 1975, he married Hassie Diane Hill, and a few years later, they had a son, Kyle, who was then followed by their daughter, Migha. Ricardo was a loving husband to Hassie during their marriage. They remained great friends, often chatting on the phone for hours about their children’s latest milestones and adventures. When it came to his children, he was always there with open arms, sage advice, family stories to share, and a funny joke to put a smile on their faces. As a grandfather and great grandfather, he was just as doting and supportive as he was a father, if not more. In his retirement, he enjoyed serving his apartment community in Hayward, California, where he was well-known and loved. He was affectionately known as “the mayor” and would often cook large meals for the building residents for special occasions such as Thanksgiving and the 4th of July. In addition, Ricardo volunteered his time once a month as a food-runner where he would collect free food from local charities and restaurants to distribute to the residents in his building. He took so much pride in advocating for the residents at Hayward Senior that Hayward City Mayor, Barbara Halliday, suggested he run for city council when they first met. His favorite sport was basketball, which was mentioned in his high school yearbook, and he was a huge fan of the Golden State Warriors and never missed a game. In fact, he loved many sports and was an avid San Francisco Giants and 49ers fan. Most of all, he loved his family, especially his grandchildren and great-grandchild. He spoiled his family and loved to cook oxtails with lentils, plantain, and cucumber salad whenever his grandchildren requested. Meals always included a refreshingly sweet, fruity drink. His iconic green mango salad was an epic “must-have” at any social gathering. Ricardo passed away at Eden Medical Center on December 10th, 2020, in Castro Valley, California, surrounded by his son, daughter, and baby sister. All of his family and friends will miss him dearly. He was preceded in death by his grandmother, Hilda Taylor, his mother, Julia McGrath, and his father, Leroy McGrath. He leaves behind his son, Kyle, daughter, Migha; grandchildren Ny’Ani, Jourdan, Justin, and Myles; great-granddaughter Caila; sisters Jeanette and Yadira; and his many nieces and nephews, and a host of cousins. A memorial service in honor of Ricardo Antonio McGrath will be held at Chapel of the Chimes and can be streamed live by accessing the link on this page. When: Dec 21, 2020 01:15 PM Pacific Time (US and Canada) Viewneral Service Name: Funeral Service of Ricardo McGrath Please click the following link to join: https://viewneral.zoom.us/j/97582350032?pwd=RnpuU1dkRElrcUhLdnQycmd5blFmQT09 Viewneral ID: 975 8235 0032 Password: 166525

The family of Ricardo McGrath created this Life Tributes page to make it easy to share your memories.

Send flowers to the McGrath family.