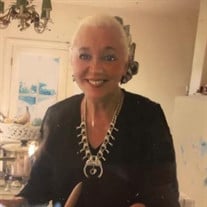 Phyllis Atterbury Loyko 1929 – 2020 Phyllis Atterbury Loyko passed away peacefully on October 17, 2020, in Carmel, CA, ending a 7-year struggle with the effects of multiple strokes. She was strong and gave her all, right up to her last breath on her last day on earth. She leaves a tremendous hole in the lives of her family and her caregivers, who were with her and attended to her every need right up to the end. Phyllis was born August 2, 1929, in Brooklyn, NY, to Barney and Bess Rosenberg. She spent her first seven years in Brooklyn living with her parents, her grandparents, Sam and Ida Heller, and her Uncle Monroe. Her father had become a partner in a coat manufacturing business. In 1936, the business burned to the ground and there was no insurance. The family moved to Los Angeles where her father started over and created Rosenberg Coats. Phyllis graduated from Fairfax High School in Los Angeles. After high school she enrolled at UCLA where she met and married her first husband, Robert Reitzes, at age 19. They had one daughter, Robin. After her divorce from Robert, Phyllis married Sheldon Steckel, with whom she had three children, Stacey, Casey and Shannon. After a short marriage to her third husband, Charles Atterbury, she suffered a life-changing fall from a horse that resulted in a broken neck. With her two youngest children still in grade school, she believed her life was over. At this point, probably the darkest period of her life, she met Lane Loyko, who helped nurse her back to health. She married Lane, and remained devoted to him for the next 46 years. Real estate was Phyllis’ passion. She started in the business in the 1950s, when it was still a man’s domain. Overcoming the adversities, she succeeded, earned her broker’s license, and starting Phyllis Steckel Real Estate in San Rafael. She developed clients that would buy a neglected house, live in it for a year and fix it up. Then they would sell and move on to another. She invented “flipping” before it became a common term in the real estate industry. When she saw that her clients were doing better than she was, she started buying properties for her own account and improving them. Over the years, she bought and sold property in eight states, but her favorite was always Hawaii. In 1970 she bought her first Hawaiian condo on the beach on Maui. She and her family would vacation in Maui and Lanai for the rest of her life. Phyllis was a true leader, always inventing new ways to promote real estate sales. She was also known for hosting unique parties, where she loved to “dress to the nines.” This fueled her passion for scouring the better recycle shops for the latest designer arrivals. Before her strokes she would spend two hours daily at the gym or taking walks by the ocean, often with her daughter, Shannon. She was an inspiration to many in this regard and her physical fitness served her well in surviving her strokes. Phyllis is preceded in death by her parents and first three husbands. She is survived by her husband, Lane, and by her four children, Robin Reitzes, Stacey Steckel Diaz (Steve), Casey Steckel (Danielle) and Shannon. She is also survived by six grandchildren, Amichai, Adam, Jason, Amanda, Curtis and Cameron; and three great grandchildren, Desmond, Emil and Sophia. During the last five years of her life, Phyllis spent four years in skilled nursing facilities in Hawaii and California. Phyllis’ last year was spent at home in Carmel with her husband and her two devoted caregivers, Ermelinda (Emy) Pajimola and Yanira (Yani) Pereira. They were the best caregivers anyone could ever hope for. Phyllis was so fortunate to have them, especially during the current pandemic, which has caused the nursing facilities to be locked down. Up to her last day, Emy and Yani got her up every day for meals and walks in the sun. They were amazing. Heartland Hospice attended Phyllis for her Phyllis’ nursing needs for during her last year. They did a great job. Memorial and interment services will be held at Chapel of the Chimes in Oakland, California, for immediate family and friends only on November 12, 2020. Donations in memory of Phyllis may be made to the National Kidney Foundation Serving Northern California, 717 Market Street, Suite 450, San Francisco, CA 94103 kidney.org/offices/nkf-serving-northern-california; The Friendship Circle of Pittsburgh, PA, 1922 Murray Avenue, Pittsburgh, PA 15217, fcpgh.org, and the Carmel Mission Foundation, P.O. Box 221351, Carmel, CA 93922, carmelmissionfoundation.org. Hello, You are invited as a guest to find the recording of the services. https://viewneral.zoom.us/rec/play/ZTyYptssfutcdmNuy_L0OHTSn3pBps2pjSpZeGSwCgpH8OcHviJgGJNROUhw_fTRPDVVotP7JiyYF7fR.ppYT7OWuyS7oc22F

The family of Phyllis Loyko created this Life Tributes page to make it easy to share your memories.

Send flowers to the Loyko family.