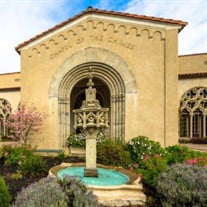 On Thursday, September 10 at 2:30am, Patricia, loving wife, mother and grandmother, passed from her earthly life to a heavenly one. Patricia Mae Chin, known as “Pat” or “Patty” to her family and friends, was born on August 28, 1946 in San Francisco, California. She was adopted as an infant to Joe and Hallie Wong and raised in Oakland, along with her older brother, Ernest. When not attending school as a young girl, Pat would spend her time working alongside her family at their local restaurant in West Oakland, Patsy’s Truck Stop, named after her. Pat attended Oakland Technical High School, graduating in 1964. During high school, she met her future husband, Hing, who would become her lifelong soulmate, marrying him in 1965. They raised two children – Darrin and Terri, creating a loving household while residing in the Bay Area. Pat comes from a very large extended family, and much of these early years included celebrations of birthdays, weddings, anniversaries, or just to celebrate for the sake of celebrating nearly every weekend! One of Pat’s passion was preparing incredible meals for family and friends. This led to a successful run of leading her café, Patty’s Place, for over 20 years, then to her catering business for many years afterwards. She continued catering until 2018. In addition to her husband, the other loves of her life were her children and five grandchildren. When asked by friends of her family, she could spend hours on end speaking of grandchildren and every aspect of their lives! Pat was preceded in death by her parents, Joe and Hallie, and her closest confidante and brother, Ernest. She is survived by her husband Hing, children Darrin and Terri, and her grandchildren – Anthony, Linda, Christian, Kaitlyn and Julianne. Due to the COVID restrictions in California, a private graveside service will be held for immediate family on Friday, September 18 at Mountain View Cemetery in Oakland, California. A larger gathering to celebrate her life with extended family and friends will be held as soon as it is safe to do so at a later date.

The family of Patricia Chin created this Life Tributes page to make it easy to share your memories.

Send flowers to the Chin family.