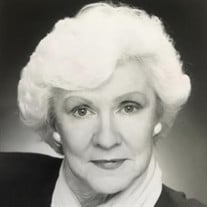 Noll Sanders Davis Cassady, who died on July 24, 2020, was born in 1933 in Springfield, Ohio. Noll was the second daughter of Dewey Sanders, a mathematics professor who grew up in Indiana, and Ruth Swanson Sanders, a homemaker and primary school teacher who came to this country at age 1 from Sweden. When her father was called to service in 1941, Noll’s quiet country life in Ohio changed dramatically. Her father was sent to Fort Benning, Georgia, and her family settled 30 miles away in Alabama, since he didn’t want his daughters raised near the army base. After a short transfer to South Carolina, the family settled in Opelika, Alabama permanently. They were privileged to do a lot of traveling in the Southeast during the war, when no one else had gasoline, since Colonel Sanders was an inspector for the Third Army. Noll’s parents would take them out of school and her mother would take their lessons along and tutor them. The children really learned history as their father was unable to pass any historic marker without stopping, and if you’ve ever been to the South you know there are historic markers everywhere! Noll attended DePauw University in Greencastle, Indiana, her freshman year and pledged Delta Gamma Sorority. Her claim to fame while there was her hoop skirt, which everyone in the dorm loved to borrow. After her French professor declared that, “Your French with a Southern accent is impossible!” she decided perhaps warmer climates would suit her better. She finished her BS degree at Auburn University and taught secondary school for two years in the gorgeous town of Eufaula, Alabama. Adventure called and Noll became a stewardess with Delta Airlines, though she had never been on a plane. With three others from her class, she bid New Orleans her home base and the four girls had an apartment at 735 Bourbon Street (pier mirrors, crystal chandeliers, and no clothes closet). Six months later she was introduced to Dick Davis by a former student. Hence, her flying career only lasted 13 months, since you could not be married and be a stewardess in those days. Once she and Dick married, the traveling really began. Dick worked for Kaiser Aluminum in the public relations department, and during their first 10 years of marriage they had three children and eight homes. The children were Richard Lorin, Jr., Sharon Noll, and Craig Sanders. The homes were in New Orleans, New Jersey, Honolulu, Moraga (California), Walnut Creek (California), Accra (Ghana, West Africa), and Oakland (California). The experience of living in West Africa for 4 ½ years was a highlight, in spite of coups and spitting cobra and black mamba snakes, and it afforded the family the chance to do extensive travel in Europe. In 1968, the family moved to Oakland and finally put down their roots. While the children were in school, Noll was involved with the PTA organizations on all levels, and was a leader of the Cadet Scout troop. Later, she volunteered in the food service division of the Oakland Museum, and helped fill her love of animals by working with the SPCA. Noll was a realtor with Wells and Bennett Realtors from 1975 until 2004. She was predeceased by the father of her children, Richard Lorin Davis in 1998. In 2004 she moved back to Huntsville, Alabama and married her high school sweetheart, David Cyrus Cassady. Noll is survived by her children, Richard Lorin Davis, Jr., Sharon Davis McCracken and her husband Jim, Craig Davis and his wife Teresa,; step-children Susan Sims, Debbie Cassady, David Cassady, and Brandon Cassady; grandchildren Benjamin Davis, Genevieve Davis, Eleanor Davis, and Callie Robinson; and step-grandchildren Ed and Richie McCracken, Jessica and Becca Veirs, and numerous grandchildren of the Cassady family. She is also survived by her sister, Martha Ann Saunders of Carrollton, Georgia, and brother, Vic Sanders and his wife Pat, of Arlington, Virginia. In lieu of flowers, the family requests contributions to the Humane Society or SPCA, or other charity of your choice. At this time, it is not possible to hold a memorial service. The family will plan a service in the future, once large gatherings are possible. To Those I Love and Those Who Love Me When I am gone, release me, let me go I have so many things to see and do. You must not tie yourself to with tears Be happy that we had so many years. I gave you my love, you can only guess How much you gave me in happiness. I thank you for the love you each have shown But now it’s time I traveled alone. So grieve a while for, if grieve you must Then let your grief be comforted by trust, It’s only for a while that we must part So bless the memories within your heart. I won’t be far away, for life goes on So if you need me, call and I will come. Though you can’t see or touch me, I’ll be near And if you listen with your heart, you’ll hear All of my love around you soft and clear. And then, when you must come this way alone, I’ll greet you with a smile and say, “Welcome Home.” Author and origin of this poem unknown. To ensure the health and safety of our community, we are following all guidelines set by local, state and CDC officials. If you are planning on attending a service, please contact the funeral home in advance, so that we can plan accordingly.

Noll Sanders Davis Cassady, who died on July 24, 2020, was born in 1933 in Springfield, Ohio. Noll was the second daughter of Dewey Sanders, a mathematics professor who grew up in Indiana, and Ruth Swanson Sanders, a homemaker and primary school... View Obituary & Service Information

The family of Noll Cassidie Davis created this Life Tributes page to make it easy to share your memories.