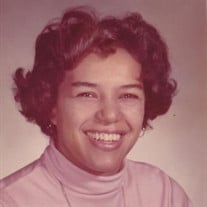 Lois Gwendolyn Berry-Logwood was born on January 27, 1927, at Knickerbocker Hospital in Harlem, New York. She was the second of two girls born to the late Susie Henrietta Porchér-Palmer and Theodore Harrison Palmer. From her childhood through young adulthood, she was an active member of St. Augustine Presbyterian Church in the Bronx, New York, pastored by The Reverend Edler Hawkins. The Church was a cornerstone of the community and social activities for the youth. Her loving parents and her culturally rich and competitive neighborhood of Black and Jewish families influenced her perspective on life and encouraged her to "aim high and hold her aim," which was her life's mantra. Lois was a top student and was passionate about education. In 1948 she earned a B.A. in Biology from Hunter College in the City of New York. In 1969, she got an M.A. in Education from Central Michigan University, a second M.A. in 1985 from San Francisco State University in Educational Administration, and a diploma from The Institute of Children's Literature in Writing for Children and Teenagers. Lois became a member of the Association of California School Administrators and Delta Kappa Gamma Society, an international professional organization for women in education. While in college, Lois pledged Delta Sigma Theta Sorority, RHO Chapter, New York City. After her college graduation, she married her childhood sweetheart, The Reverend. Dr. Cornelius Oliver Berry Sr. (Neily) and began her life as the First Lady of the Church. Lois enjoyed an active social life and hosted dinner parties for her fellow Presbyterian Minister's families and close friends. Six years after her marriage, she started a family. She had three children, Corneilus Jr., Jocelyn, and Alison. As a mother, she poured her love and faith into her children. Planning creative birthday parties and milestone celebrations for the kids was one of her passions. As part of their ministerial charge, they were the first African American family to integrate predominantly white neighborhoods in Pennsylvania, Michigan, and California. Lois and Neily enjoyed traveling, and one of her favorite trips was touring several Protestant historical sites in European countries. At the beginning of her 30-year career as an educator, Lois taught Senior High School biology and 4th - 6th grade in New York City. Years later, she taught Elementary School in Berkeley. She became a Kindergarten teacher and was a positive influence as the only Black teacher at Thousand Oaks Elementary School. Simultaneously Lois taught Psychology, Parenting Courses, English Grammar, Creative Writing, and Study Skills at three Bay Area Junior Colleges. After earning her second Master's Degree in Administration, Lois became a Mentor Teaching in Berkeley. She was an Administrator for two Title I Federally Funded Programs for compensatory education and slow learners, where she was a Resource and Curriculum Specialist. She supervised 30 classes in four schools and conducted workshops and tutoring for children, parents, and teachers. Towards the end of her career, she managed three Educational Child Care Centers. Some of the most notable awards were being twice awarded Elementary Teacher of the Year, Outstanding Contributions and Leadership for the Berkeley Teachers Association, Outstanding Elementary Teachers of America, Leadership & Dedications to the Standard English Program, and Outstanding Service in the Strategic Planning Child Development Action Plan. Lois loved her Church by the Side of the Road (CBSOR) family in Berkeley, California. She served as the Chairperson of the Board of Educational Ministries and the Marcus Foster Scholarship committee, Co-Chaired the Organization Structure Committee, worked diligently on the Minister's Search Committee, Co-founded the Candle Lighters, sang in the Women's Choir, and served on the Flower Committee. Lois' husband, Neily, pastored churches, was employed as the first Black Minister with the United Presbyterian Church in the USA - Board of Christian Education, first Black Chaplain of Alma College, first full-time Black Professor at San Francisco Theological Seminary, Professor at UC Berkeley Graduate Theological Union, and he became the Pastor of CBSOR in 1973. Unfortunately, a few months later, he suddenly passed away. She met and married her second husband, Harold Logwood (Loggie), in 1979. During this time, she shared her passion for traveling and luxury cruising with Loggie. Her kids would often say it was hard to keep track of the "Senior Jet Setters" because they were always going to exotic countries, glamorous black ties, and cultural events. Lois co-founded The Congenials, a couples group, and The Delites social club and was a member of The Gathering club, where she and her friends enjoyed good food, social events, football, and lots of laughter. Their marriage was loving and lively until he died in 1996. Being a Delta Sigma Theta - Berkeley Bay Area Alumnae Chapter member was one of her greatest joys. She Co-Chaired the Scholarship Committee, and she was a Golden Life Member. Lois was an active member of Jack and Jill of America, and her children thrived in the dynamic Oakland Bay Area Chapter. She worked on the Fund Raising Committee for the National Association for the Advancement of Colored People and received her Life Member plaque. In the final chapter of her life, Lois spent quality time with her grandchildren, exchanged heartwarming letters, and moved to St. Paul's Tower for Seniors in Oakland. Lois was always passionate about staying active and serving in leadership positions, so she joined the Tower Talk newsletter staff as an interviewer and writer, the book club as a presenter, the food committee, and a bridge club. Even when her mobility was limited, she attended the Oakland Symphony, frequented the Oakland museum, and continued her annual trip to the San Francisco Nutcracker Ballet. She is preceded in death by her husband, The Reverend Dr. Cornelius Berry Sr.; her son, The Reverend Cornelius Berry, Jr.; her sister, Theodora Porchér Palmer, and her second husband; Harold Logwood. Lois leaves to cherish her loving memories, her daughters; Jocelyn Berry-Johnson and Alison Berry-Givens; her son-in-law Christopher Givens; her daughter-in-law, Denise Berry; grandchildren Benjamin and Christal Berry, Taylore and Jared Givens; niece April Berry-Beasley, grand cousin Francesca Luján; great-grand cousins Khalil McLeod, and Elijah Luján; and great-niece, Jessica Berry.

Lois Gwendolyn Berry-Logwood was born on January 27, 1927, at Knickerbocker Hospital in Harlem, New York. She was the second of two girls born to the late Susie Henrietta Porchér-Palmer and Theodore Harrison Palmer. From her childhood through... View Obituary & Service Information

The family of Lois Berry-Logwood created this Life Tributes page to make it easy to share your memories.

Send flowers to the Berry-Logwood family.