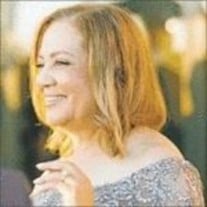 Kituria (Kit) Littlejohn McConnell passed peacefully at her home in Danville, CA, surrounded by her family on January 16, 2022, at the age of 71, following a two-year battle with cancer. Kit was born on July 16, 1950, in Salisbury, North Carolina to Horace and Esther Littlejohn. She was raised in Washington, DC, where she married Attorney Gregory (Greg) R. McConnell in 1973. The couple first met at Backus Junior High School in 1963. They attended Coolidge High School and Howard University where Kit graduated in 1972 with a degree in English. It was during their time together at Howard University that they dated, and Kit honored Greg by agreeing to be his lifelong partner. Their marriage extended for 48 years until Kit's passing. After graduation from Howard, they continued to live in the Washington, DC area where Kit excelled as an English teacher at Eastern High School. Due to her exceptional teaching and interpersonal skills, she was tapped to teach a range of students with various achievement levels. In 1985, Kit's lifelong dream of living in California was fulfilled when Greg accepted a new position in the San Francisco Bay Area where she continued her life's work as a devoted wife and mother. Kit enjoyed reading, writing, decorating, and traveling. She was regarded as a loving and kind woman. She was the spiritual leader of her family, firmly grounded in decency, compassion and sharing her goodwill toward all. Kit is survived by her husband, Gregory R. McConnell; her three devoted children, Kalela Washington and husband Spencer of Olney, MD, Gregory (JR) McConnell, Jr. of Oakland, CA, and Kimberley Riberdy and husband Jason of Dublin, CA; grandchildren Aliya G. Washington and Kituria J. Riberdy; her sisters Phyllis Palm and Montressa Fisher; her brother Horace G. Littlejohn, III; a host of loving in-laws, nieces, and nephews; and a score of lifelong devoted friends. Kit is now reunited with her parents, Horace and Esther Littlejohn, and her sister, Millicent Littlejohn Wheeler. The family will convene a memorial service in the Washington, DC area this spring which will also be available for remote viewing. In lieu of flowers or other sentiments, the family requests that you go to your loved ones, hug them, and tell them you love them. Thank you, Kit, for a love supreme. Thank you, Kit, for a love supreme.

Kituria (Kit) Littlejohn McConnell passed peacefully at her home in Danville, CA, surrounded by her family on January 16, 2022, at the age of 71, following a two-year battle with cancer. Kit was born on July 16, 1950, in Salisbury, North Carolina... View Obituary & Service Information

The family of Kituria Littlejohn McConnell created this Life Tributes page to make it easy to share your memories.

Send flowers to the McConnell family.