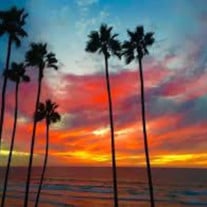 Ken Plotkin was 64 years old when he passed away March 31, 2020. He was born October 20, 1955 at Mills Hospital, which was in San Mateo, and lived in Burlingame, Hillsborough, San Bruno and finally San Mateo. He graduated from Burlingame High School, and then graduated Skyline College with an Associate Arts degree. Ken was a devoted employee of San Bruno lumber for many years, and continued to enjoy reunions with the other employees and owner for many years after he retired. He enjoyed going to Temple Beth El for Friday night services, the music, the words, the chance to think about things. After a stroke, when he was in his 40's, Ken spent many years going to Reach, a post stroke program, where he did many therapies and made new friends. Sports were a passion for Ken, watching and reading about them, especially the San Francisco Giants. He used to know the batting averages of the starting line-ups. He was a member of a movie club started by one of his friends, that gave him a chance to indulge in one of his big interests...movies and actors. He especially liked old movies, TV comedies, and knew details about the characters and the actors that were playing the roles. He had an extensive stamp collection which was a hobby for many years. Ken enjoyed travel in his earlier years, and liked to reminisce about places he'd been. He also liked to reminisce about members of his immediate and extended family. Ken had a great memory, and could be relied upon to remember details about places and people. Ken was a good-hearted, a really nice person, someone who spoke well of others, who was positive in his outlook, and remained that way even in the face of many substantial challenges. He didn't complain, and was brave. He sets an example for others who have far fewer challenges to overcome. He will be missed. Ken is survived by his sister Phyllis Plotkin, his sister Anita Crawley, his cousin Ed Schulman, cousin Elaine Freed, nephew Greg Crawley and niece Alisha Crawley-Davis. To ensure the health and safety of our community, we are following all guidelines set by local, state and CDC officials. If you are planning on attending a service, please contact the funeral home in advance, so that we can plan accordingly.

Ken Plotkin was 64 years old when he passed away March 31, 2020. He was born October 20, 1955 at Mills Hospital, which was in San Mateo, and lived in Burlingame, Hillsborough, San Bruno and finally San Mateo. He graduated from Burlingame High... View Obituary & Service Information

The family of Kenneth Plotkin created this Life Tributes page to make it easy to share your memories.

Send flowers to the Plotkin family.