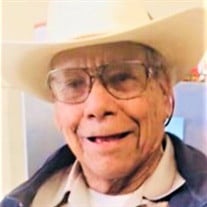 Jose Dolores Barajas, 85 of Oakland California, passed away January 11,2020. He was born in La Palma Michoacán Mexico on March 2, 1934. He was married to Maria Luisa Lopez de Barajas in 1955. Jose Dolores Barajas was known by friends and family... View Obituary & Service Information

The family of Jose Barajas created this Life Tributes page to make it easy to share your memories.

Send flowers to the Barajas family.