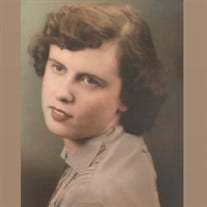 Jane Marie Neuhaus passed away peacefully on October 30, 2021 in Alameda, California. “Aunt Jane” was born and grew up in Chicago, Illinois, and graduated from Fenger High School in 1952. She was a member of the Methodist church. Jane had a long career at the post office in Tinley Park and served as the union representative. Jane enjoyed visiting her brothers and their families in Texas and Minnesota and going to see her cousins in their farming communities in Carroll County, Illinois. She attended her cousins’ local town festivals in the summer months. An adventurous spirit, she also travelled around the continental U.S., Alaska, and Scotland. Half Swedish and half English/Scottish, Jane was famous for her hilarious one-liners. Though it often took people a while to understand her stoical wit, once they did, they quickly became fans. Her family and friends often quote their favorite “Janeisms”. Curious by nature, Jane was intrigued to meet people of varied backgrounds and to hear their stories. She read biographies and trivia books and visited museums and historical sites. She appreciated inventiveness, whether in unusual facts, gadgets, antiques, or original art. Jane also found joy in simple pleasures, whether going to lunch with a friend, shopping, or watching classic movies. Jane was reserved but sensitive and empathized with others’ hardships. Even in her frail elder years, she exerted herself to help others, such as by making requests of staff on behalf of other seniors at her residence who were unable to speak. Genuine, caring, loyal, modest, and down-to-earth, she was tolerant of others’ flaws and a trustworthy friend. Jane was preceded in death by her father, John Arthur Anderson, her mother, Madge Merchant, and her older brother, John Anderson. She is survived by her younger brother, James B. Anderson and wife Mary Theresa Anderson, nephew Art Anderson and wife Kate Anderson, nephew Dale Anderson and wife Brenda Anderson, nephew Mark Anderson and wife Sudha Prathikanti, nephew Tim Anderson and girlfriend Audrey Yang, and niece Kathleen Anderson. Jane was a beloved daughter, sister, aunt, and friend, and we will miss her. May she rest in peace. The memorial service and interment will be on Friday, November 12, at 1 p.m. at Chapel of the Chimes Hayward Memorial Park, 32992 Mission Blvd., Hayward, CA.

Jane Marie Neuhaus passed away peacefully on October 30, 2021 in Alameda, California. &#8220;Aunt Jane&#8221; was born and grew up in Chicago, Illinois, and graduated from Fenger High School in 1952. She was a member of the Methodist church.... View Obituary & Service Information

The family of Jane Marie Neuhaus created this Life Tributes page to make it easy to share your memories.

Send flowers to the Neuhaus family.