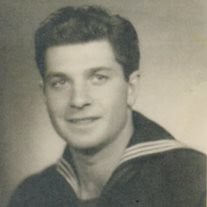 Jack Robert Passadore 11/10/24-03/29/16 91 Jack Robert Passadore Sr. passed peacefully on March 29, 2016. He was born on November 10, 1924 to Giacomo and Regina Passadore in Oakland, California. He was preceded in death by his wife Lois and son Timothy; sisters, Juliet and Marion He is survived by sons Jimmy and Jack Jr, daughters Julie Ann and Dianna, granddaughter’s Lisa, Nicole, Tiffany, Andrea, Richelle, Jessica, and grandson Jeff, great-granddaughters, Amara, Kia, Jasmin, Myla, Hailey, Giana, Alyssa, Amelia, and Sofia and great-grandsons Nicholas, Conner, Aaron, and Tyerse. He is also survived by his sister Adrianne and her children, Rick, Frank, Gina, Maria, and Theresa and Marion’s daughter Anne Marie. Jack loved his family. They were the light of his life. As a young man he served in the Pacific during World War II as a Navy Aviation Machinist. After the war he got his private license to fly and loved taking his children up for flights. He worked as an Oakland Firefighter for more then 26 years. He loved the city of Oakland where he grew up, worked, and spent his retirement years. He also loved to travel with his favorite trip being to Italy to visit the city of Genoa and surrounding villages were his father and mother were born and raised before coming to America. He always made each and everyone one of us feel as though we were his favorite. We will miss our go to guy who was always willing to listen and give good council. Memorial Service will be held on Friday, April 15, 2016 at 11:00 AM Chapel of the Chimes 4499 Piedmont Ave Oakland, CA 94611

The family of Jack Robert Passadore , Sr. created this Life Tributes page to make it easy to share your memories.