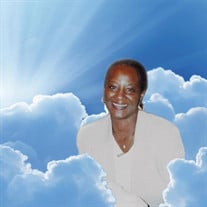 Hassie Dianne Hill was born on October 2, 192, in Montgomery, Alabama. The youngest of six siblings, her loving and charismatic nature shone through at a young age. Growing up in the Jim Crow south, it was apparent early on that Dianne (as she was so lovingly called) was very passionate about the social and economic injustices of African Americans. One of her most notable moments as an 11-year-old child, she snuck away to go join the Birmingham march but got scared and turned around. This set off the chain of events that would ultimately lead her on a cross-country bus trip where she joined her eldest sister Martha in San Francisco. Upon moving to San Francisco, Hassie thrived socially and academically at Sacred Heart Prep School, then later at George Washington High school where she became the first black head pom pom girl. A role she took so seriously that while practicing to perfect her high kick, she broke her pelvic bone. Once in college at University of San Francisco, Hassie continued to expand her legacy by becoming the first resident of the AKA Eta Sigma undergraduate chapter. Her loving and charismatic nature shone through even more when she was voted as one of the Who's Who in American Colleges and Universities. Hassie completed her studies with a major in English, and a lifelong passion in education. Over the years Hassie remained loyal to her passion for Education and honored that through carious roles and volunteer work. With two growing children to raise, Hassie found a job with the san Francisco Municipal Transportation Agency where she worked nine years as a station agent. Hassie's outgoing nature also led her to find her second family at a neighborhood bar named Sergio's, where over the years she would work part time as the bar manager. In 1975, she married Ricardo Antonio McGrath, and a few years later, they ha a son, Kyle, who was then followed by their daughter, Migha. Hassie was a loving wife to Ricardo during their marriage. They remained great friends, often chatting on the phone for hours about their children's latest milestones and adventures. When it came o her children, she showered them with unconditional love and protected them fiercely. she was always there with soft comforting words, the perfect dose of motherly advice, a warm loving embrace, and infectiously beautiful smile. As a grandmother and great grandmother, she was just as doting and supportive as she was a mother, if not more. Hassie took to her retirement years with the grace and classiness she was well known for. She enjoyed going on weekend adventures with friends and family, traveling to Los Angeles to visit her daughter Migha at college, organized and hosted epic parties, and graced us all with her signature Mac n Cheese for family gatherings and annual picnics. Hassie never let her deteriorating back condition stop her. It was common to see her with her cane then in her later years her trusty walker out and about striking up conversation with random strangers winning them over with her charm and loving energy. Hassie never met a person she didn't love and wouldn't hesitate to help anyone in need. Even in retirement Hassie found ways to continue her legacy of love and service to others. She took over running a small non-profit organization in the Sunnydale Housing Development of San Francisco called Girls After school Academy or GASA. Hassie, along with her good friend Lisa Randolph ran GASA where their mission was to provide academic support, leadership training and life skills to the young women of the community. Yet above all of Hassie's achievements, her most cherished role was of mother, grandmother, and great grandmother. Hassie passed away at home surrounded by her loved ones on March 10th, 2022, in Oakland, California. She will be tremendously missed by all her family and friends. Hassie was preceeded in death by her mother, Mary Alice Carter Fleeton, the father of her children and her dear friend, Ricardo McGrath, and her beloved sister, Johnnie Mae Hill. She leaves behind her son, Kyle, daughter, Migha; grandchildren Ny'Ani, Jewel, Justin, and Myles; great-granddaughter Caila; sisters Martha, Hazel, and Thelma, brother Henry; her many nieces and nephews, a host of cousins, her godchildren, an all honorary children and honorary nieces and nephews. A memorial service in in honor of Hassie Dianne Hill will b held at Chapel of the Chimes in Oakland, California, on March 31st 2022. The service will also be streamed live.

Hassie Dianne Hill was born on October 2, 192, in Montgomery, Alabama. The youngest of six siblings, her loving and charismatic nature shone through at a young age. Growing up in the Jim Crow south, it was apparent early on that Dianne (as she... View Obituary & Service Information

The family of Hassie Dianne Hill created this Life Tributes page to make it easy to share your memories.

Send flowers to the Hill family.