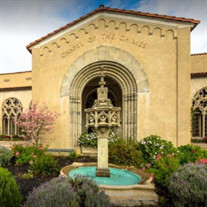 Gloria Dean Johnson was born on August 19, 1947 in San Francisco, CA. She was the oldest of five children born to the late Walter Williams Jr. and Willie Mae Gatlin. From childhood, Gloria was united with Christ through baptism at St. Patrick’s Catholic Church (San Francisco, CA) and attended Golden Gate Elementary School, St. Dominic Middle School, and graduated from Presentation High School in 1965. In 1967, Gloria enrolled at City College of San Francisco and earned her Associate in Arts. Goal oriented and a believer of higher education, she went on to earn a Bachelor of Arts in Accounting at San Francisco State University while working at Pacific Bell Telephone Company. Six days after her 21st birthday, she married her childhood friend, Lawrence Daniel Johnson. Together they moved to Oakland, CA where she resided for 50 years. From this union was born a son, Lawrence Bomani Johnson and a daughter, Kamilah Mercedes Johnson. Gloria worked at Southern Pacific Transportation Company as a Senior Collection Auditor for 20 years and was also employed for 10 years at Provident Credit Union. She retired in 2004 after 30 years of dedicated service. Gloria took full advantage of her newfound freedom and began “Livin’ Her Life Like It’s Golden.” She enjoyed shopping (a true fashionista), cards, gardening, attending Warriors games and concerts. Due to her love of travel, she explored many US cities and countries abroad. She was a devout Christian who joined the Ladies Auxiliary Court #336 at Saint Benedict’s Catholic Church in Oakland. She was also a respected counselor of Kairo’s Prison Ministry. In 2006, Gloria joined the Ladies in Red Empowerment Group where she appreciated the camaraderie of like-minded socially active ladies. Gloria’s smile was infectious, her faith unwavering, and she had an adventurous zest for life. She was a “Phenomenal Woman” who will be missed by all who had the pleasure of being in her company. She is survived by her son, Lawrence Johnson, daughter, Kamilah Johnson, grandsons, Lawrence Johnson Jr. and Darren Josey; her mother, Willie Mae Williams, sister, Gwendolyn Ward-Piecuch, brothers, Peter Williams and Demetri Williams; Sisters-in life, Jacqueline Boutte-Campbell, Norma Irving, Diana Phillips, and a host of cousins, family and friends. Her father, Walter Williams Jr., and her brother Alfredo Williams preceded her in death. To ensure the health and safety of our community, we are following all guidelines set by local, state and CDC officials. If you are planning on attending a service, please contact the funeral home in advance, so that we can plan accordingly.

Gloria Dean Johnson was born on August 19, 1947 in San Francisco, CA. She was the oldest of five children born to the late Walter Williams Jr. and Willie Mae Gatlin. From childhood, Gloria was united with Christ through baptism at St. Patrick&#8217;s... View Obituary & Service Information

The family of Gloria Johnson created this Life Tributes page to make it easy to share your memories.

Send flowers to the Johnson family.