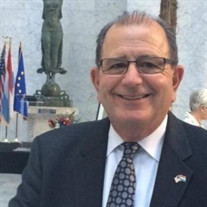 Glen Hentges, beloved spouse, father, brother, uncle, and brother-in-law, passed away unexpectedly, from non-COVID causes, in Oakland, CA on Saturday, January 23, 2021. He was 69. Due to the COVID pandemic, a service celebrating his life will take place at a future date. Glen was the 6th of 10 children born to Herbert & Lorraine Hentges of Clear Lake, MN. He grew up in Clear Lake, attending Tech High School, where he was one of the top-ten academic students in a class of over 800 students. Following his graduation in 1973, from St. John’s University (Minnesota), with degrees in Education and Spanish, Glen taught for one year in Madrid, Spain. He returned to St. Cloud, MN and worked at Tech High School while completing his B.S. degree in Accounting at St. Cloud State University. He was inducted into the St. Cloud Tech Distinguished Alumni Hall of Fame in 2012. Glen was an accomplished finance executive who started his career with Peat Marwick (now KPMG) and worked in the Minneapolis and Phoenix offices. He became Partner there in 1989. In 1991, he became Assistant Corporate Controller for the largest medical group in the country, The Permanente Medical Group, in Oakland, CA. From 1997 until his retirement, he was the Chief Financial Officer of The Permanente Federation, LLC, the national organization for the Permanente Medical Groups. After his retirement, he was called back to work on an interim basis when Kaiser Permanente needed him, first for the Permanente Dental Group in Portland, Oregon and, once again, for The Permanente Federation. He dedicated a significant portion of his career to Kaiser Permanente, an organization to which he was devoted. Throughout his career, Glen was known to his peers as a man with tremendous integrity, who was intelligent, funny, and kind. He always had time for a colleague even when he didn’t. He brought a practical touch to his work, and was always available to teach others about Kaiser Permanente accounting and financial matters. Glen was a thoughtful man and was active in his community. He generously volunteered his time to Oakland organizations. He served on the Board of Big Brothers Big Sisters of the Bay Area, and as an alumni director. At Bishop O’Dowd High School, he served as the Finance Chair, before serving as the chair of the Board of Regents and later as a trusted advisor. He also served on the Board of Corpus Christi School, and worked with the Oakland Archdiocese. Glen loved his family and was an avid supporter of his children’s sports endeavors. At their T-ball, softball, basketball, soccer, and rugby games, his enthusiasm was heard from the sidelines, as well as during pre-game preparations and post-game celebrations. The enthusiasm and support he conveyed inspired not only his children, but so many of their friends, who fondly referred to him as ‘Glentges’. An avid professional sports fan, Glen was also an ardent follower of the Golden State Warriors and the Oakland A’s. He also loved to play golf, although his love of the sport was often deterred by the inconsistency of his swing. Family was important to Glen, and he and his family made regular trips to Minnesota, including a week each summer at Leech Lake with his Minnesota family. He’d travel to the ends of the earth for his children and didn’t miss visiting his daughter during her semester abroad, in Moscow and his son Tyler during his semester abroad in Berlin. During his retirement, Glen merged his love of family, friends, wine and travel through several wine tasting cruises in Europe and a safari in Africa. Glen is survived by his wife Mary, daughter Alexandra and son Tyler. Surviving siblings include Jerry (Barb) Hentges, Jean (Mike) Rudiger, Bruce (Colleen) Hentges, Tom (Barb) Hentges, Connie Hentges, Jim (Robin) Hentges, Mary (Dan) Lanz. He is also survived by his sister-in-law Susan Hentges. He was preceded in death by his parents and brothers Doug Hentges and Art Hentges. Surviving in-laws include his brother-in-law, Chris Moll, his sisters-in-law, Laura Williams, Julia Moll, Elizabeth Clark (Gary) and Jennifer Swain (Ron). He is also survived by 32 nieces and nephews and 37 great nieces and nephews. Glen was a well-known philanthropist, who made significant contributions to organizations in the Phoenix, AZ, and Oakland, CA communities. He will be dearly missed by his family and colleagues in California, Minnesota and Arizona. In lieu of flowers, contributions may be made in his honor to Bishop O’Dowd High School, The Oakland Zoo, St. John’s University MN, and Big Brothers Big Sisters of the Bay Area.

Glen Hentges, beloved spouse, father, brother, uncle, and brother-in-law, passed away unexpectedly, from non-COVID causes, in Oakland, CA on Saturday, January 23, 2021. He was 69. Due to the COVID pandemic, a service celebrating his life will... View Obituary & Service Information

The family of Glen Joseph Hentges created this Life Tributes page to make it easy to share your memories.

Send flowers to the Hentges family.