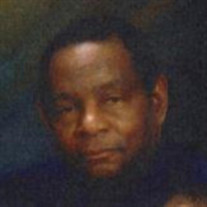 Gerald Bivings Jr. was born October 30, 1934 in Sigsbee, South Carolina to parents Mereadian Bivings (Goforth) and Mr. Gerald Bivings Sr. and was the first of 8 children. November 4, 1955 he went to serve his country in the Navy. At the start of his Naval Service he married his first wife, Selena Woodruff, and in 1963 they moved to California. Their union produced 2 children, Gerald and Teri. He remained in the Navy for 21 years and eventually met and married his 2nd wife, Ernestine Ervin and with this union they gained 3 children, Venetia, Mathew and Elliot. When his Naval career ended, his career with Alameda County began. While working to support his family he was also able to obtain degrees in Business Finance and Engineering Mechanics. All the things he accomplished he attributed to his faith. Bivings was a man, and is now a spirit, who loves God. He is still a soldier for the Lord and a messenger of the Word. During his youth, and even more so in his elder years, he spoke to Jesus day and night and sought how he could please him. He defended the honor of his country and sought to fight for God's Kingdom. These both demonstrated his strength of character in servitude and his ability to endure suffering. These also showed his devotion to the One that enlisted him. Jeremiah 2:2 "I remember the devotion of your youth how as a bride you loved me and followed me through the wilderness, through a land not sown" II Timothy 2:3-4 "Endure suffering along with me, as a good soldier of Jesus Christ. Soldiers don't get tied up in the affairs of civilian life, for then they cannot please the officer who enlisted them" Bivings took a leap of faith that transformed the opportunities and experiences we have had in our lifetime. His search for something more and to venture out to plant seeds in a new land brought his family to California. I'm sure the road wasn't always smooth and may have been a bit bumpy, but he endured and kept Christ his focus even in his later years. Bivings had a discipline about him and a strong will to focus on what mattered most; Christ, family and friends. He didn't get tied up in negativity or contention. He was always out to seek and please Jesus. Bivings had a message for all of us; that we make Jesus our first love and set off all distractions and confusion that keep us from making Him the center of our lives. Bivings' legacy is very clear to all of us... walk in a way that Christ will remember you. Psalms 1:1-3 "Blessed is the man that walketh not in the counsel of the ungodly, nor standeth in the way of sinners, nor sitteth in the seat of the scornful. But his delight is in the law of the Lord; and in his law doth he meditate day and night. And he shall be like a tree planted by the rivers of water, that bringeth forth his fruit in his season; his leaf shall not wither; and whatsoever he doeth shall prosper He is now at rest and released from his earthly body to sit at the Heavenly council and be reunited with his loving parents, first wife, sisters; Essie Mae, Jimmie Ruth, Marie. His brothers; Leevan and Joe. His nephew Curtis Washington and grandson AFC Christopher Evans. Left here to mourn and cherish his memory are his sisters Lula and Dollie, his children, grandchildren and a host of family and friends. As the command was to be fruitful and multiply, his lineage is blessed to continue through his 11 grandchildren.

Gerald Bivings Jr. was born October 30, 1934 in Sigsbee, South Carolina to parents Mereadian Bivings (Goforth) and Mr. Gerald Bivings Sr. and was the first of 8 children. November 4, 1955 he went to serve his country in the Navy. At the start... View Obituary & Service Information

The family of Gerald Bivings Jr created this Life Tributes page to make it easy to share your memories.

Send flowers to the Bivings family.