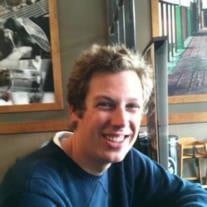 Eric Charles Sinn July 20, 1983 — July 22,2015 Eric, a resident of Hayward, California, passed peacefully from this life on July 22. Eric is survived by his mother Chris, father Bill, and sister Karen. He is also survived by many loving aunts, uncles, and cousins. He was a graduate of Bishop O’Dowd HS in Oakland (2001) and UC Santa Cruz (2005), majoring in American Studies. He also took coursework in landscaping at Merritt College in Oakland. Eric was employed at various jobs in the last several years, including East Bay Nursery, Berkeley Horticultural Nursery, Grand Avenue Ace Hardware, and Home Depot. His knowledge of plants and fluency in Spanish served him well. Eric was known for his enthusiasms and interests. These included his love of plants and horticulture, old movies-especially horror and noir– and books– Oh Yes, the BOOKS. He was also willing to discuss the plot variations and underlying psychological character motivations of Archie and Jughead comics, or any B movie. He loved the culture and people of South America. He studied abroad at the Universidad de Concepcion in 2004. He went back to South America traveling on his own after graduation, visiting several countries and making new friends. He was a fan of the Chilean futbol team, especially when playing Argentina, and had a collection of soccer jerseys from many South American teams. Eric loved visiting museums when traveling or at home. He was a member of the SF Asian Art Museum. Eric’s easygoing personality and sweet disposition will be missed by all who knew him. A Memorial Service and Celebration of Life will be held: Friday, August 14, 2:00 PM Chapel of the Chimes 4499 Piedmont Ave Oakland, Ca 94611 Charitable gifts in memory of Eric C. Sinn Friends of the Oakland Public Library 721 Washington St Oakland, Ca 94607 ph 510-444-0473 http://www.fopl.org/ The Salvation Army PO Box 269 Alexandria, VA 22314 ph 1-888-725-2769 https://donate.salvationarmyusa.org/ To plant a tree in Eric’s memory… Arbor Day Foundation ph 1-888-448-7337 http://shop.arborday.org/

Eric Charles Sinn July 20, 1983 &#8212; July 22,2015 Eric, a resident of Hayward, California, passed peacefully from this life on July 22. Eric is survived by his mother Chris, father Bill, and sister Karen. He is also survived by many loving... View Obituary & Service Information

The family of Eric Charles Sinn created this Life Tributes page to make it easy to share your memories.