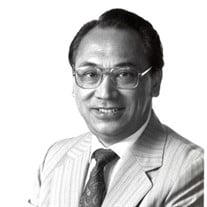 Eric Mown Kwok Chan’s journey began on January 10, 1937 in a village in Taishan of the Guangdong Province of China. His father was a landlord and principal. He had a loving mother and an older sister. Unfortunately, Eric’s father suddenly passed away when he was only 8 years old. Two years later, at the age of 10, Eric had to leave home by himself to travel hundreds of miles away to Guangzhou, Guandong , the province capital, to continue his schooling. He stayed in a small hotel room and walked 45 minutes to school every day. After 2 years he was forced to suspend his studies and return to his village because of World War II. He helped run the family business and learned the violin. But in October of 1949, the northern Communists began marching south. Fearing the worst, his family arranged for him to escape. In 1950, he snuck away to Macau where a cousin smuggled him into Hong Kong as a crewmember of a fishing boat. He was only 13 years old at the time. In Hong Kong, Eric slept in a crowded apartment with relatives. Wanting to continue school, but with little money, Eric worked during the day at a restaurant and attended school in the evening studying English and bookkeeping. He was ecstatic when at the age of 17, he was offered a job at the Bank of South Korea because they needed someone with English proficiency! Finally, in 1960, 10 years after his arrival in Hong Kong, he received his college level certification in Bookkeeping and Chinese from the Chinese University of Hong Kong. He got a promotion and was finally able to afford his own room. Because Hong Kong was so crowded, he looked to the US for more opportunity. In 1961 his US Visa was approved, and he began the second great journey of his life. His boat arrived at Pier 37 in San Francisco on August 1st, 1961. Soon after he started Sacramento State College. He enjoyed the college life. He became president of the International club. He won ballroom dancing contests. He bought his first car, a Lincoln Continental…and promptly had it break. He became a lifelong Warriors fan. He finished Sacramento State in 1964. Afterwards, he first worked as a server at the Top of the Mark in San Francisco. During this time, he met his future wife, Jane Chui. They were married in 1966. A year later he was offered a job in Kaiser’s property management department. He worked there for almost 30 years until his retirement in 1996 as a senior accountant Along the way Eric had his first son, Brian, in 1969. In 1970 he bought a house in Oakland. In 1973, they welcomed their second son, Anthony. They moved to Piedmont in 1983. He suffered a stroke in 1999 but kept walking and living independently for another 21 years until his passing on February 20th, 2020 at the age of 83, from complications of a 2nd stroke. Eric is survived by his wife of 54 years, Jane; sons Brian (wife Linh) and Anthony (wife Liana); and grandchildren Luke, Aria, & Alina Chan. He will be missed, but never forgotten to all of the people in this world whose lives he touched. On to your next journey Eric, we wish you the best!

Eric Mown Kwok Chan&#8217;s journey began on January 10, 1937 in a village in Taishan of the Guangdong Province of China. His father was a landlord and principal. He had a loving mother and an older sister. Unfortunately, Eric&#8217;s father... View Obituary & Service Information

The family of Eric Mown Kwok Chan created this Life Tributes page to make it easy to share your memories.

Send flowers to the Chan family.