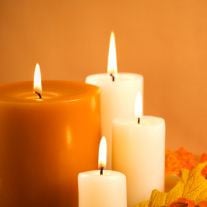 On December 13, 2021, Darshan Kaur Khalsa, progressive leader, coach, and Vice-President of Rivera Consulting, died at home, surrounded by love and care. She had been diagnosed with Stage IV-B endometrial cancer earlier this year. Born on May 12, 1973 in Sioux City, Iowa, Darshan and her parents Arvind and Jogendra moved to California when she was 4 months old. Together with her younger sister, Seema, and younger brother Jagjeet, Darshan spent her childhood in Vacaville, California. A vibrant and captivating child, she was an avid reader and music lover early on. As she traveled and learned, she drew on those experiences to connect with others. Her relationships were deep, even then, and several of her closest friends are from her childhood. Purpose, service, and community infused Darshan’s choices in life. Nearly a quarter-century ago, just out of college, Darshan moved to Washington, DC from Vacaville with the vague idea that she wanted to make a difference in the world. Since 2005, she worked in multiracial organizations led by smart, strategic women of color with incredible vision – helping them move from ideas to action. A queer, able-bodied, cis-South Asian woman of color, Darshan brought her full self to her most recent work as a consultant and coach to organizations and individuals seeking transformation. In January 2020, after more than two decades of experience as a leader in social justice organizations, Darshan became the Vice-President for Boston-based Rivera Consulting, a firm focused on movement building at the intersection of legislation, urban planning, and electoral politics. Darshan loved thinking and talking about movement in many forms, about meaning and joy and healing, and about how we transform ourselves, each other and the world. She was deeply motivated by the ongoing challenge of making the world a better place for everyone, especially for women, women of color, and immigrant women. Darshan was a woman of great insight and vision, looking ahead to what would catalyze the most people to contribute their time and skills to the movement. In the early mid-2000s, Darshan founded the Racial Justice Fund PAC, housed at Progressive Majority, that raised money for what was then a groundbreaking concept—that moving the needle forward on progressive politics hinged on developing and supporting candidates of color running for office. Other past roles Darshan contributed her skills to included being the Organizational Growth Director at Forward Together, leading human resources and operations for a multi-racial organization that works with community leaders and organizations to transform culture and policy to catalyze social change; managing operations and human resources at Asian Health Services, a community health center in Oakland, CA. She also served as the Managing Director at the Center for Media Justice, Deputy Director at Unite for Reproductive and Gender Equity (URGE), and Deputy Director at the National Coalition for Asian Pacific American Community Development (CAPACD). She was a past chair of URGE’s Board of Directors and served on the Board of Directors of the Third Wave Foundation from 2009 to 2014. She was passionate in her devotion to these two feminist organizations. To honor her, URGE has made Darshan a permanent board member, and established the Darshan Khalsa Reproductive Justice Scholarship Fund. Darshan loved her family, doting on her young niece. Her friends were also family, and she had good friends in her communities–including her queer, yoga, coaching, Asian and South Asian organizations and circles, DC friends, Bay Area and Vacaville friends, school friends from California and NYU Law, and every intersection among those. She brought her deep witness to the lives of her friends. Darshan found great joy exploring nature, going on walks and hikes around Lake Merritt and East Bay parks. She enjoyed cooking, loved making apple pie, and experimenting with vegan cooking in recent years. She relished quiet time with a good book, watching shows like “We Are Lady Parts” and “The Good Place,” and spending time at beaches, whether by lakes, rivers, or ocean. She embraced the humanity in each of us, and she had the patience and skill to sit and be with people wherever they were on their journeys through life. She was remarkably kind and thoughtful, and she always had hope for the world to come. In her last days, she focused on a favorite quote by the writer and thinker Arundhati Roy: “Another world is not only possible, she is on her way. On a quiet day, I can hear her breathing.” She is survived by her mother Arvind, father Jogendra, sister Seema, brother Jagjeet, brother-in-law Eric, niece Kareena, girlfriend Suzanne, and many friends, including her dear friend of 40 years, Karen Hsu. She will always be beloved. She will always be missed. At Darshan’s request, memorial celebrations of her life will be planned around her birthday in May of 2022. Details forthcoming in the new year. Services will be held at the Chapel of the Chimes in Oakland and are private. Contributions in lieu of flowers can be made in her name to one of the following organizations: URGE: Unite for Reproductive & Gender Equity https://secure.actblue.com/donate/darshank Darshan’s longtime movement home, has established the Darshan Khalsa Reproductive Justice Scholarship Fund, to support young leaders of color in achieving their dreams. To make a contribution directly to this fund, please use this link. The National Asian Pacific American Women’s Forum (NAPAWF) https://www.napawf.org/donate builds power with AAPI women and girls to influence critical decisions affecting their lives, families, and communities. Using a reproductive justice framework, NAPAWF elevates AAPI women and girls to impact policy and drive systemic change in the United States. Darshan was a longtime supporter of NAPAWF’s work.

On December 13, 2021, Darshan Kaur Khalsa, progressive leader, coach, and Vice-President of Rivera Consulting, died at home, surrounded by love and care. She had been diagnosed with Stage IV-B endometrial cancer earlier this year. Born on May... View Obituary & Service Information

The family of Darshan Kaur Khalsa created this Life Tributes page to make it easy to share your memories.

Customized sympathy cards. Mailed for you.