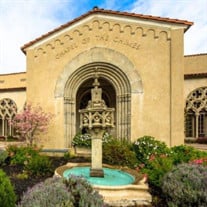 Darius Brazell, 55, Died Tragically In Oakland, California On Saturday, August 8, 2020. Darius was born on Offut Air Force Base in Omaha, Nebraska on April 1, 1965, to Gwendolyn Louise Brazell and Oscar Orlando Brazell Jr. (staff Sargeant with the United States force, stationed in Omaha). Darius and his sister Monica relocated to Detroit, Michigan where Darius attended Mumford High School. At age 16, Darius relocated New Mexico where his father was stationed. Darius relocated along with his father, to his father's domicile of Vallejo, California. Darius resided in Oakland, California, where he spent most of his adult life and that of the home of his children. Darius worked briefly in construction, enjoyed working on cars, handyman work, and painting. Darius lived in Sacramento for some time, then relocated back to his base of Oakland until he transitioned. Darius leaves behind his precious family, all of whom h loved dearly: his children:son Darian; Darianna; Arianna; Breonna; Dajane; his mother; Gwendolyn Brazell; his sister; Monica Brazell-McCoy; her children; Bianca Mangham (Kevin), Briana McCoy, Ron McCoy, Jr. (Chimere), Darius also leaves behind 8 aunts, 3 uncles, 17 cousins and friends, too numerous to name across the country all of whom he held very dear to his heart. Darius is preceded in death by his father; Oscar Brazell, Jr.; his grandparents; Oscar Brazell Sr; Virginia Brazell and Willie Woods; Louise Hunt. Funeral Service celebrating Darius life will be held on Friday, August 28th at 4:00-PM at Chapel of The Chimes 4499 Piedmont, Ave. Oakland, California 94611. Face masks are requested to be worn during the Visitation Thursday and Friday Funeral Service. Contributions may be made in his memory to his children's education fund; www.gofundme.com/f/darius-brazell To ensure the health and safety of our community, we are following all guidelines set by local, state and CDC officials. If you are planning on attending a service, please contact the funeral home in advance, so that we can plan accordingly

The family of Darius Brazell created this Life Tributes page to make it easy to share your memories.

Send flowers to the Brazell family.