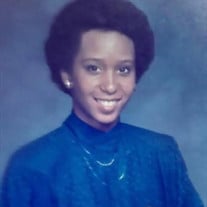 Corliss Renee Henson, 66, of Sacramento, passed away on January 16, 2021 after a difficult battle with cancer. Born in San Francisco on January 5, 1955, she was the oldest of her mother’s seven children and her spitting image. As a child Corliss was always the peacekeeper; helping to wrangle the younger ones; staying out of the fray with her kindness and sincerity. Intelligent, passionate, and driven, she received a degree from Merritt College before entering nursing school. Corliss was a steadfast rule follower and an expert in her field, even keeping a medical glossary at hand to bolster her points. Later on in her career, she became a Health Inspector for California hospitals and clinics, using her vast knowledge to ensure processes were followed and the highest levels of patient care were provided. Throughout her time working for Sacramento County, Corliss was recognized for her dedication to service, reluctantly, retiring early in 2016 due to pancreatic cancer. Being a natural caregiver there was never a shortage of pets in Corliss’ life, and this showed no signs of slowing down after retirement. Near the end of her life, she found so much joy in her close relationships, taking care of her animals, and watching “her boys”on the television series Supernatural. Corliss is survived by her partner of many years, Ronald Henson. Her mother, Dorothy Jean Washington. Her Siblings, Kevin Washington, Tony Washington, Peace Costanzo, Karen Jordan, Brenda Washington, and David Washington. And while she never had any children of her own, she had many nieces and nephews, acting as a second mother to her cherished nephews, Christopher and Nicholas Iler. Funeral arrangements will be held at 11:00am, February 12, 2021, at Chapel of the Chimes in Oakland. To leave an online condolence to the family, please visit our website at www.oakland.chapelofthechimes.com

Corliss Renee Henson, 66, of Sacramento, passed away on January 16, 2021 after a difficult battle with cancer. Born in San Francisco on January 5, 1955, she was the oldest of her mother&#8217;s seven children and her spitting image. As a child... View Obituary & Service Information

The family of Corliss Renee Henson created this Life Tributes page to make it easy to share your memories.

Corliss Renee Henson, 66, of Sacramento, passed away on January...

Send flowers to the Henson family.