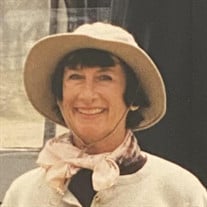 Colleen Berlin Timmons June 23, 1934 – January 9, 2021 Colleen was born in St Cloud, Minnesota in 1934 to Claire Berlin and Alice Murray Berlin. She was their first child and they named her Mary Colleen Berlin. But with her jet black hair and stunning green eyes, everyone called her Coly. She graduated from Edina High School and attended the University of Kansas where she joined the sisterhood of Gamma Phi Beta. She was always the life of the party and in 1958 she married Richard J. Kucala. They left the cold winters of Minnesota behind and headed to California with little more than dreams. She worked in various real estate and escrow offices learning all she could about buying and selling houses. They settled in Saratoga and finally welcomed a baby daughter in 1965. In 1971 Colleen moved to Santa Cruz, California into a charming beach house which would become her home on and off for nearly 50 years. She met the love of her life, her second husband Edward “Ted” Timmons in 1975. Together they enjoyed sailing on the SF Bay, attending the symphony, entertaining their many friends and traveling the world. They covered every continent and visited over 60 countries. They bought and renovated a home on the beautiful beaches of Barbados overlooking the aqua blue Caribbean. There they fell in love with the scenery, rum, the Bajans and the countless expats who frequented the island. Along the way, Colleen found she had a passion for photography. She loved taking portraits, following wildlife and shooting beautiful landscapes from Madagascar to Nepal and all points in between. She was articulate, whip-smart, funny, creative and feisty. She was an avid volunteer at various Santa Cruz organizations supporting the arts and she loved her community. She was always crafty and she liked to create family scrapbooks documenting the crazy travels and adventures of her blended family of 6. Colleen surrounded herself with music and she had fun playing the piano, tinkering on the banjo and banging the drum kit she bought when she turned 70. She was always entertaining and her house was filled with the laughter of children, grandchildren, friends and family. Recently she moved to an assisted living facility in Oakland where she had a studio apartment decorated with her stunning photos and memories of family. She spent her time in the garden with her big group of friends drinking wine, discussing the news and sharing stories. They called her Colleen the Queen. Colleen is predeceased by her parents, her husband Ted, her younger brother Clare “Teddy”, her baby brother Dennis and her youngest sister Claudia. Colleen is survived by her daughter, Cheri (Alessandro) Kucala-Baldo, her stepsons, Craig (Jeanne) Timmons, Marc (Mudita) Timmons, Brent (Wendie) Timmons and 10 grandchildren: Joshua (Rebecca), Megan, Maddalena, Andrew, Jasmine, Daniel, Shane, Luke, Hayden and Amanda, and one great-grandson: Isaac.

Colleen Berlin Timmons June 23, 1934 &#8211; January 9, 2021 Colleen was born in St Cloud, Minnesota in 1934 to Claire Berlin and Alice Murray Berlin. She was their first child and they named her Mary Colleen Berlin. But with her jet black... View Obituary & Service Information

The family of Colleen Berlin-Timmons created this Life Tributes page to make it easy to share your memories.

Send flowers to the Berlin-Timmons family.