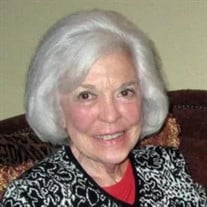 Carol Ann Neisess D’Onofrio February 24, 1936 – April 14, 2020 A longtime resident of Piedmont, CA Dr. Carol N. D’Onofrio was a bright light who touched many lives. She was a passionate scholar who was committed to the well-being of the community. She was a devoted mother and grandmother. She inspired everyone she met with her enthusiasm for life, endless curiosity, and sharp intellect. Carol passed away Tuesday night after a long battle with cancer. Carol was born in Conrad Montana, spent her younger years in Enterprise, Oregon, and her high school years in Walla Walla, Washington. Always the self-motivated academic, she went to the University of Washington and quickly became involved in a myriad of activities, clubs, and student government. Carol graduated magna cum laude in English and Education in 1957, and was voted UW’s most outstanding woman. She was a trailblazer in many ways as she spent a year in Chile as a Rotary Fellow, then lived and taught in East Los Angeles with the Department of Public Health. In an era where women were rarely in academics, research, or leadership, she dove in to all three unabashedly. At the core of her ambition was a true desire to help mankind. She found the best way to do this was to be a fierce and unrelenting advocate for the under-represented. Professionally Carol made her mark at UC Berkeley and the School of Public Health where she received her Masters in Public Health in 1960, her DrPH in 1973, and became a tenured professor 1979. She was the UC Berkeley Alumna of the year in 2009, and in 2018 she was honored as one of the School of Public Health’s 75 most influential alumni. Beyond teaching and research, Carol was also a prolific grant writer and advocate for various institutions. Among others, she was heavily involved with Phi Beta Kappa, UC Berkeley’s Learning in Retirement, the Ethnic Health Institute, and Alta Bates Summit Medical Center – she had board positions on all including chairman for Alta Bates. Upon retirement, she continued to work tirelessly in public health programs for vulnerable populations, focusing on tobacco use prevention and cancer screening. She also enjoyed social time with friends in Town & Gown, and her movie group – and remained a voracious reader. Even with her many awards and accolades over the years, Carol was very humble. As one friend said, “Carol was the epitome of intelligence, grace, and passion”. She was a born leader who inspired and mentored. She was always up for an interesting conversation -- and loved learning about people. Carol made the world a better place with her caring and compassionate nature. She will be sorely missed by her colleagues, friends, and family. She is survived by her two children Lisa and Michael, their spouses, and four grandchildren. No service is planned at this time. Memorial contributions may be made in Carol’s name to any organization that works to keep the public healthy. To ensure the health and safety of our community, we are following all guidelines set by local, state and CDC officials. If you are planning on attending a service, please contact the funeral home in advance, so that we can plan accordingly.

The family of Carol D'Onofrio created this Life Tributes page to make it easy to share your memories.

Send flowers to the D'Onofrio family.