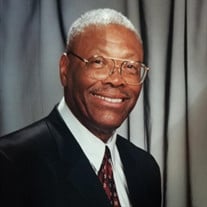 Celebration of Life for Dad Bobby Davis “So Glad to be Home, So Glad to be Home” Bobby Davis started his life on Christmas Day in 1929 in Georgia to the parents of Harmon and Margaret who were in their young teens. Bobby was primarily raised by his Uncle Deacon Doyal and Iola Brown. Unfortunately, Bobby’s primary education was temporally halted at the sixth grade to support the tenant farming that fed and clothed the family. To escape the fields of Georgia, Bobby was drafted by the US Army during the Korean War. He unfortunately became a casualty of war injuring his legs. Upon his recovery and while visiting family on military leave, his childhood friend Ernest picked up Bobby and eventually introduced him to Thelma who later married with a $5 marriage license and borrowed shirt. The military-life produced two children Bobby Jr and Sharon. While on tour in the Army Bobby had an opportunity to visit San Francisco Bay on a military ship. He recalls when the ship traveled under the Golden Gate Bridge, he said to himself he had to make the Bay Area his home one day. That one day came and Bob and Thelma braved traveling through the Jim Crow South with two toddlers from Virginia to California using “the green book” and prayers to avoid a possible lynching and racial harassment. California was supposed to be the land of opportunities yet obtaining a good paying job as an African American man, resembled living in the South. They were forced to live in the projects (public housing) of Alameda. Thelma used her creative skills of hairstyling to support her husband through these tough years, traveling to client’s or receiving them at her home. Their faith in God and partnership that kept them focused. Bobby never forgot his church upbringing and found a church home for the entire family at Bethel Missionary Baptist Church in Alameda. Bobby eventually obtained two jobs. He worked as an orderly at Eden and Laurel Grove Hospitals in Castro Valley, CA. During this time, he went back to school and graduated from Alameda High School. Upon graduation, the Davis family was blessed with a third child Kelvin Sr. Bobby also was blessed with a new job, while working at Naval Air Station he held several positions. He decided to enter college and completed his Associates degree in in Aeronautics in 1978. This accomplishment was achieved while receiving radiation treatments due to a bout with skin cancer. Upon graduation, Bobby became an aircraft electrician and supervisor. His new job afforded him the opportunity to become a long-time season ticket holder of the Oakland Raiders. He was a HUGE Raider fan! Bobby and Thelma joined Allen Temple Baptist Church in 1981 after transferring their membership with by letter from Bethel Mission Baptist Church. Bobby retired from the Naval Air Station in 1989. It was time to return some of his blessings back to the community. He worked ATBC’s Job Ministry, Big Brothers program, Food Pantry, Men’s Choir and attended Class #5 at Allen Temple Baptist Church. Retirement gave Bobby quality time to enjoy his grandchildren Destiny (prior to her passing), Kelvin Jr., and Jasmine. Most of all he was able to spend more time with Thelma enjoying walks, going to the gym, traveling, supporting their family, church family, and friends until she passed away recently in 2020. God’s Grace gave Bobby and Thelma 66 years together. They both celebrated their 90th birthdays in November of 2019. The year of COVID-19 did not take Bobby’s joy. Life was filled with ‘masked’ visitors, ‘masked/gloved’ shopping trips with his daughter, virtual church service at his son’s, calls and daily physical therapy. He was always curious and embraced technology at 91 years of age. He practiced his knowledge when using his smartphone to call from hospital stays and played games with his tablet. Bobby had continuous loving caregivers in Beverly, Priscilla and Gloria (Anna). He looked to each day with love to tell his stories and saying, “when you got God and people…you’re alright”. He went home from labor to reward peacefully in his home on February 2021. Bobby was preceded by his parents, Margret Kitchen and Harmon Davis; wife Thelma, brother Edward, sister Shirley, sister Bernestine, son Bobby Jr, grand-daughter Destiny. Bobby was survived his children Sharon and Kelvin (Donna), grand-children Kelvin Jr., Jasmine, brothers Charlie Lewis (Mamie), Marvin (Elaine), sisters Ollie Mae, Elouise, Daisy Mae, Mildred, Emma, Cleo, Dorothy (William), Velverdene and host of nieces, nephews, cousins extended family and friends. We can hear him say So Glad to be Home, So Glad to be Home!!!

Celebration of Life for Dad Bobby Davis &#8220;So Glad to be Home, So Glad to be Home&#8221; Bobby Davis started his life on Christmas Day in 1929 in Georgia to the parents of Harmon and Margaret who were in their young teens. Bobby was primarily... View Obituary & Service Information

The family of Bobby Davis Sr. created this Life Tributes page to make it easy to share your memories.

Celebration of Life for Dad Bobby Davis
“So Glad to be Home,...