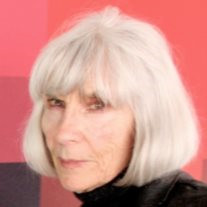 BETTE REECE MARTINELLI died peacefully on February 13, 2016 in Oakland, CA. She was 95 years old. Born November 18, 1920 in Montego Bay, Jamaica, her family moved to the United States in 1921 and settled in Hingham, MA in the mid 1920s. Bette graduated from Hingham High School in 1938. She attended art school at Boston University and the Scott Carbee School of Art in Boston graduating in 1941. In 1942 at 21 years of age she began working as a draftsman for the M.I.T. Radiation Lab at Fort Heath, a US seacoast military installation for defense in Massachusetts. Subsequently she was sent overseas during WWII to work at the British Branch of the Radiation Laboratory (BBRL) in Malvern, England just outside London from 1944-1945 until the War ended. That is where she met her future husband, Ernest A. Martinelli. After the War she drove across country and settled in the San Francisco Bay Area and was hired at the Lawrence Berkeley National Laboratory (UC Berkeley) as a draftsman and technical illustrator. Her future husband, Ernest Martinelli, also worked there. Ernest and Bette were married August 23, 1946. They spent 63 wonderful years together. She continued studying painting at the California College of Arts in Oakland, and at Cal State Northridge in Los Angeles with Hans Burkhardt in the 1960s. Her dream was to live on the ocean in California, and Bette and Ernest moved to The Strand in Manhattan Beach in 1971 and lived there for 40 years. She and her late husband were avid bikers, and they enjoyed skiing. They also spent a lot of time in Aspen, Colorado and had a condo there for many years. Bette is predeceased by her husband, and by her son Michael Martinelli. She is survived by her son Don Martinelli of Philadelphia, and her daughter Barbara Winton of Berkeley, CA. Bette always had a quick wit, and her love of art and design was infectious. She kept a keen eye on what was current whether it was art, literature, movies, fashion, or politics, and she loved discussing the events of the day. She will be greatly missed by all those whose lives she touched and she was an inspiration to many. Her wish was to have her ashes scattered at sea in Manhattan Beach and that will happen April 2016. Donations can be made in her honor to the University Art Museum, Berkeley, CA at http://bampfa.org/ or to the National Osteoporosis Foundation at http://nof.org/ .

BETTE REECE MARTINELLI died peacefully on February 13, 2016 in Oakland, CA. She was 95 years old. Born November 18, 1920 in Montego Bay, Jamaica, her family moved to the United States in 1921 and settled in Hingham, MA in the mid 1920s. Bette... View Obituary & Service Information

The family of Bette Reece Martinelli created this Life Tributes page to make it easy to share your memories.