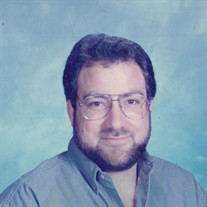 In memory of Ben Visnick The tribute below was written for the Oakland Education Association website immediately after Ben Visnick’s death. There is so much that could be added to this, from his childhood in the Mattapan section of Boston, to his education at Boston Latin, through UMass and Brandeis to graduate school at SF State. There were so many friends and relationships, culminating in his marriage to Helen Wolfe and the raising of their son Henri. There was Ben’s intense commitment to socialist politics and his passion for sports, especially baseball , often umpiring games along side his son. There was his avid joy of reading, shared with friends in a book club in recent years. And his delight with driving his 1964 Studebaker. He also enjoyed coin collecting and tending the plants and yard around his house. But beyond all this, the centrality of his involvement as a teacher activist and union leader stands out, and thus the tribute below seems appropriate. ﻿ On Saturday, October 17th, we lost one of the best and most committed members of the Oakland Education Association, Ben Visnick . He had been fighting ALS for over a year. Ben had been active in OEA since 1982 when he began working with substitutes in the District. Preceding this, he was involved with organizing substitutes in Richmond where he helped incorporate them into the main union structure, UTR/ CTA. By 1983 he became active in the OEA Rep Council. He was involved in his first strike in Oakland in 1983. He also was heavily involved in the 1986 strike. By then, he had become a full time teacher at Madison MS, later moving to Calvin Simmons MS. He was elected VP of the union in 1989 and then president in 94. During this term, he played a key role in organizing for the 1996 twenty six day strike, centered around class size and elementary prep. He was again elected president in 2004 and helped lead us in a major contract battle in 2006. Ben also served as OEA treasurer from 2010 and had returned to the classroom at Oakland High, first in 1997 and later in 2007, where he taught social studies and driver’s education. After retiring in 2014, Ben remained in the bargaining unit by signing on as a substitute member and also rejoining the OEA exec board as the representative of the substitutes in 2017, (until stepping down this year, though he still contributed ideas on organizing). Ben had also been heavily in union politics at the state (CTA) and national (NEA) levels, serving many years as an elected representative to State Council and delegate to the NEA RA. He also ran for school board in 2017 against Gary Yee. Ben was born in July of 1952 in Boston, the youngest of three sons . He attended Brandeis University and by graduation in 1975, already saw himself as a socialist/ labor militant He lived and organized in Philadelphia in the 70s, active amongst food clerks in UFCW, before arriving in the East Bay in 1977, where he continued in labor activism with the food clerks. In 1997, Ben married Helen Wolfe, (a counselor In several schools ending at Skyline HS) and they have resided at a home on Jordan Rd, in the Redwood Heights neighborhood. Their son Henri was born in 1998 . Ben was a great advocate in the classroom, the school site, the union, the workers movement and the revolutionary left. He would debate big ideas for a labor party or fighting capitalism, and simultaneously fight for a single member’s grievance with a tenacity unparalleled. Colleague and comrade Ben Presente! Arrangements have been entrusted to Chapel of the Chimes Oakland, 4499 Piedmont Ave, Oakland, California 94611. To ensure the health and safety of our community, we are following all guidelines set by local, state and CDC officials. If you are planning on attending a service, please contact the funeral home in advance, so that we can plan accordingly.

In memory of Ben Visnick The tribute below was written for the Oakland Education Association website immediately after Ben Visnick&#8217;s death. There is so much that could be added to this, from his childhood in the Mattapan section of Boston,... View Obituary & Service Information

The family of Benjamin Visnick created this Life Tributes page to make it easy to share your memories.

In memory of Ben Visnick
The tribute below was written for the...

Send flowers to the Visnick family.